Purple Squadron "For a District without Violence!"

The District Municipality of La Victoria (Lima, Peru), approves the creation of the "Violet Squadron", made up of women from Serenazgo and the Tactical Operations Group -GOT, as a group of specialised elements, who are responsible for the care and temporary protection of victims of domestic and sexual violence against women and other members of the family group. They are identified by a purple cap and waistcoat, which is the colour identified with the Defence and Solidarity for the victims of violence worldwide, which bears the logo of the Municipality of La Victoria and the slogan: "Women who take care of women". The principles that govern their actions are: respect for the person, help to the community, coordination and legality.

To reduce violence and social tolerance towards women and to carry out joint accompaniment with the aim of providing emotional protection.

The functions of the members of the Violet Squadron are immersed in the framework of the Sereno Manual, whose objective is to establish basic norms and procedures for the performance of the sereno's functions at the national level.

Functions of the members

The Ministry of Women and Vulnerable Populations, as the governing body responsible for formulating, planning, directing and implementing national policies, plans, programmes and projects for the prevention, protection and care of gender violence, has developed a new "National Plan against Gender Violence 2016 - 2021" in a process of decentralised participation with representatives of organisations and public and private entities at the national level.

The strategy is aligned with the framework of international and national policies in force, such as the 2030 Agenda for Sustainable Development - SDGs, whose goal 5 "Achieve gender equality and empower all women and girls" refers in its target 5.2, which is to eliminate all forms of violence against women and girls in the public and private spheres, including trafficking and sexual and other types of exploitation. C, which is to adopt and strengthen sound policies and enforceable laws to promote gender equality and the empowerment of all women and girls at all levels. Thus, the concern arises on the part of the local government of La Victoria, which considers it of extreme importance to insert the prevention of violence in the management instruments of the municipality through the elaboration of the "Multiannual Work Plan of the Violet Squadron 2020 - 2022", where all the actions that the Management of Social and Women's Development together with the Management of Citizen Security are contemplated, Control and Control and Disaster Risk Management as responsible in an articulated work with their local strategic allies will implement in favour of reducing social tolerance towards violence against women in the district, to improve family coexistence that will have an impact on the improvement of individual security in the district. 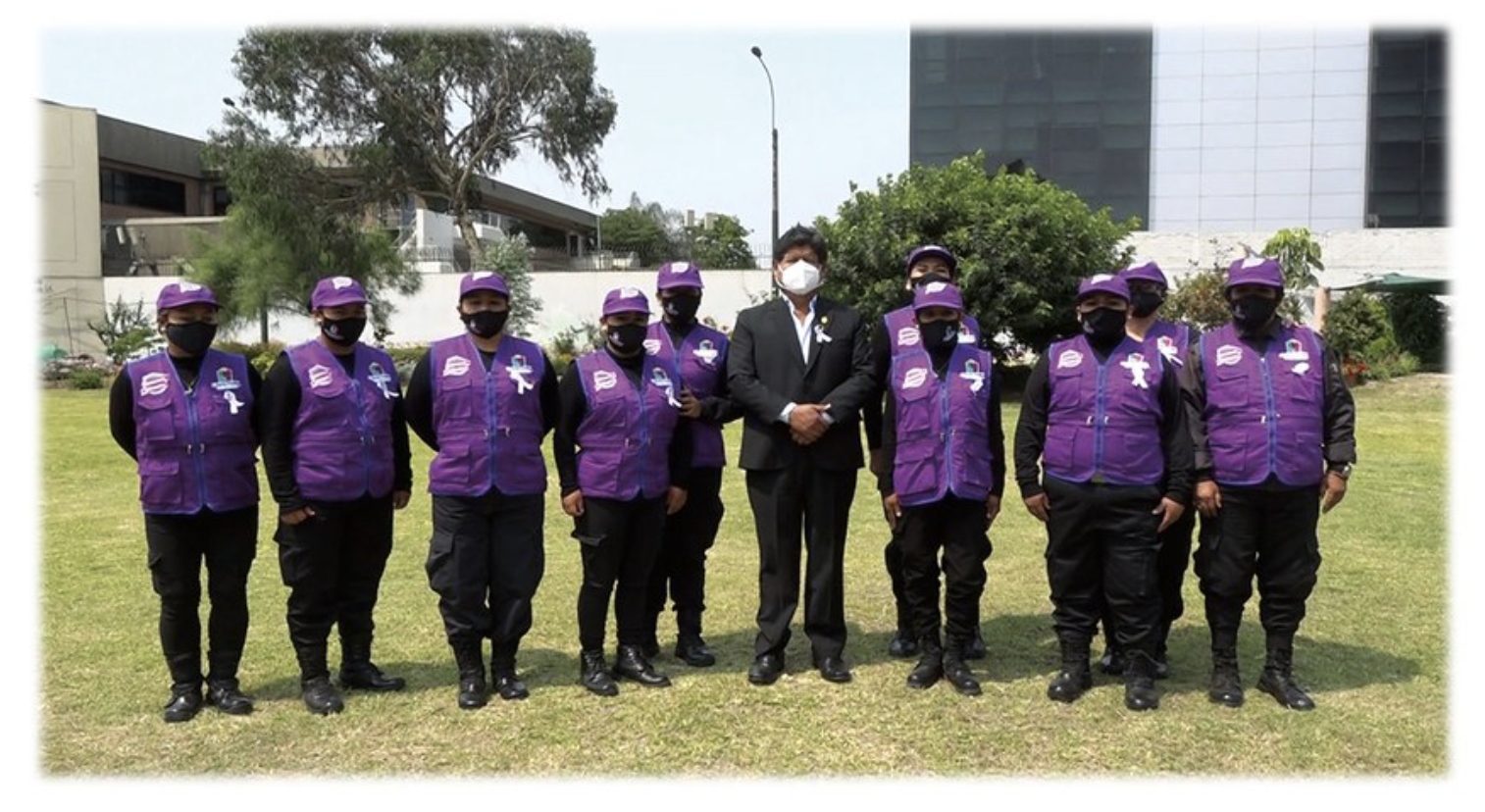 Equality in the model of municipal government.

This line incorporates all work related to the application of gender mainstreaming in the government model: organisational culture, human resources, work processes and procedures, staff training, coordination, collaboration and participation. That is to say, to strengthen the Articulated Work Spaces such as CODISEC and the Municipal Equality Policy Coordination Body.

2.- Empowerment of Women in the Community

In this line, the economic and emotional autonomy of women will be achieved in order to promote human development and achieve their wellbeing.

3.- Prevention of Physical and Psychological Violence

In this line we will work to ensure that citizens identify sexual harassment in public spaces as a form of gender violence and become aware of this problem in order to avoid its normalisation.

4.- Humanisation of the care route for violence against women.

Strengthening the capacities of local operators that form part of the care route and for comprehensive social services for vulnerable populations. 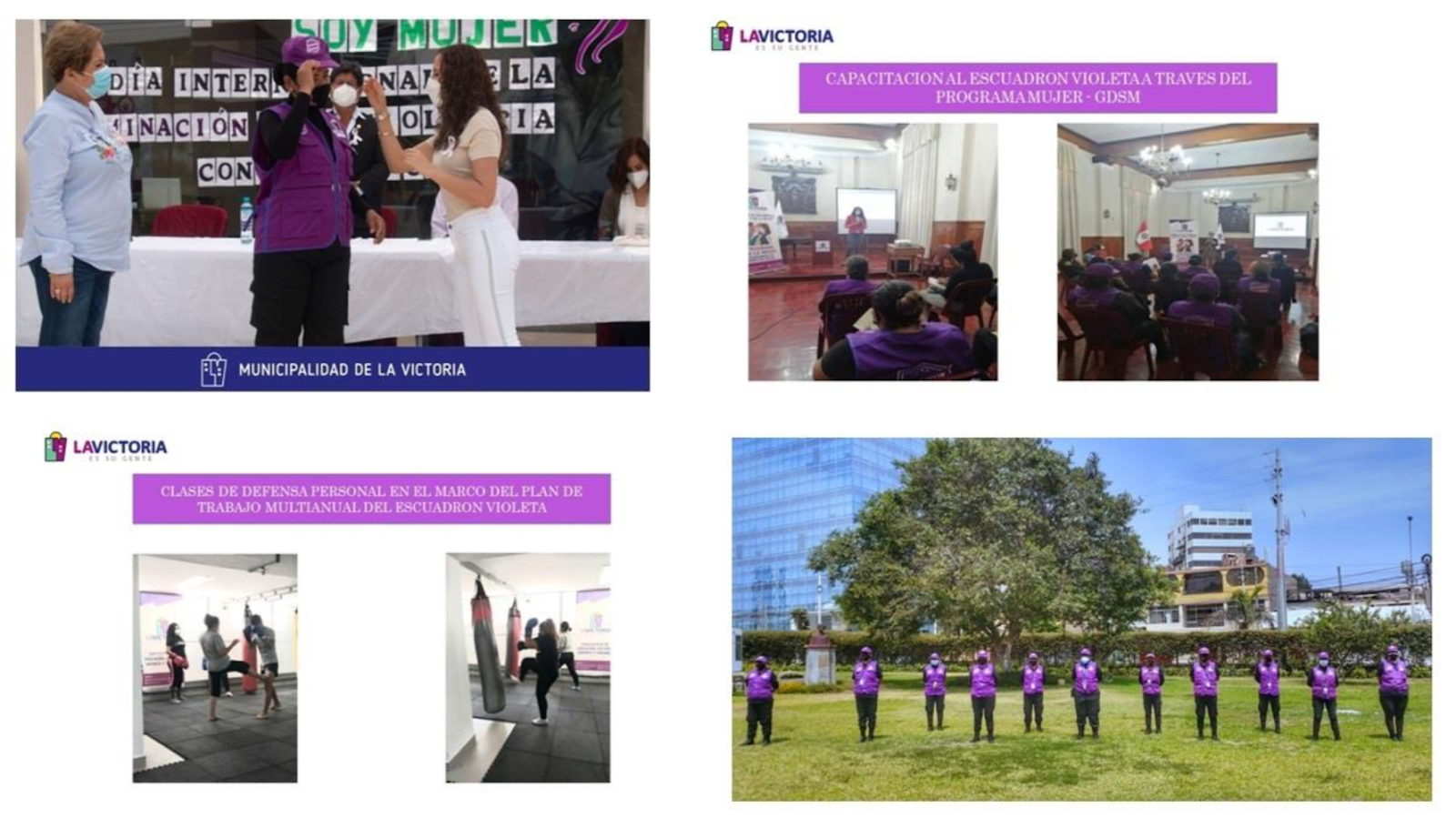