The most crucial objective of our endeavor is to achieve higher levels of equality in terms of citizen participation and incorporate diversity as a criterion for inclusion. 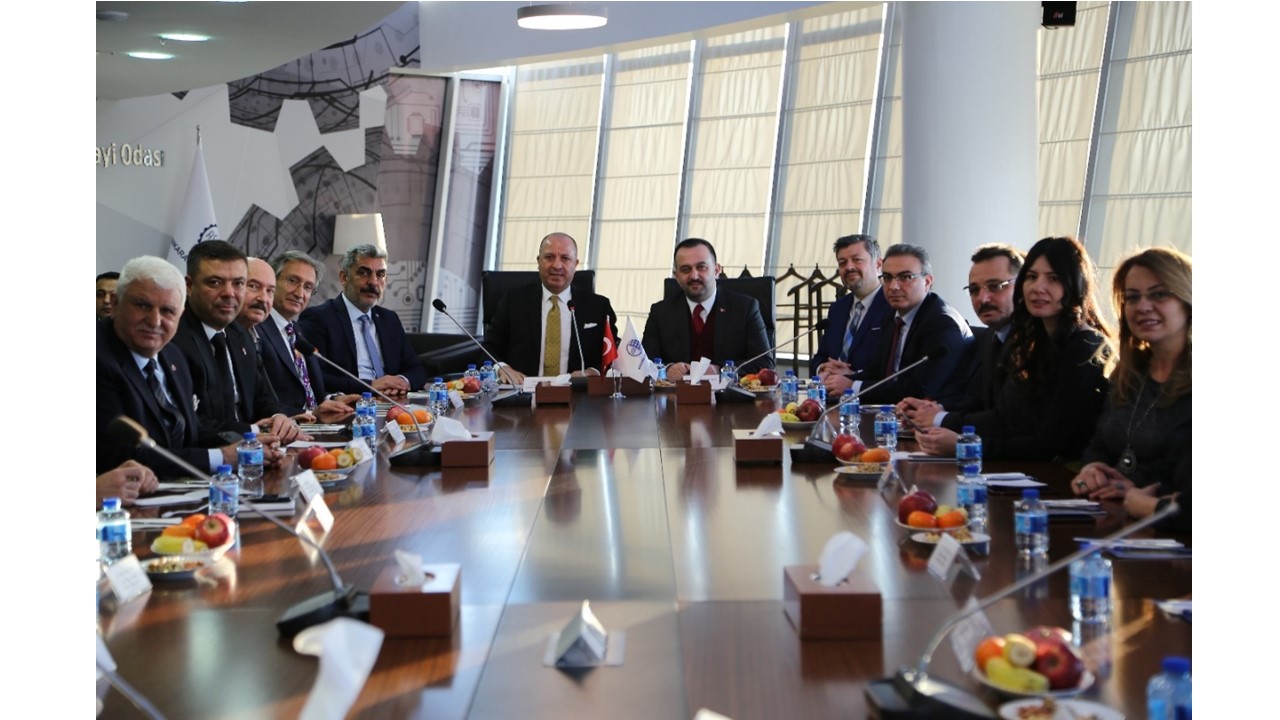 A co-facilitation strategy was used to deal with this problem. A core group of people from municipality representatives and the Assembly's stakeholders were brought together to form a joint "facilitation road map" showing the tasks of facilitation, participation values and rules, and underlining the commitments and responsibilities of the Municipality, the Assembly, and the Facilitators. Throughout the process, this core group acted as a mediator between the Municipality and the Assembly. Moreover, working groups ans thematic groups were formed to deal with urban sustainability problems. All of these groups were coordinated by an elected head and executive committee. The products of the working and thematic groups were openly presented and discussed in the general forums defined above. The advisory decisions about sustainability issues of the city of Ankara are considered in the Municipal Council regarding the reports prepared by these groups of the Citizens' Assembly. Hence, nearly all operation of the Citizens' Assembly is based on a carefully implemented coordination structure between the Municipality, stakeholders of the Assembly and the working and thematic groups in the Assembly, in which individual citizens are part of the process. 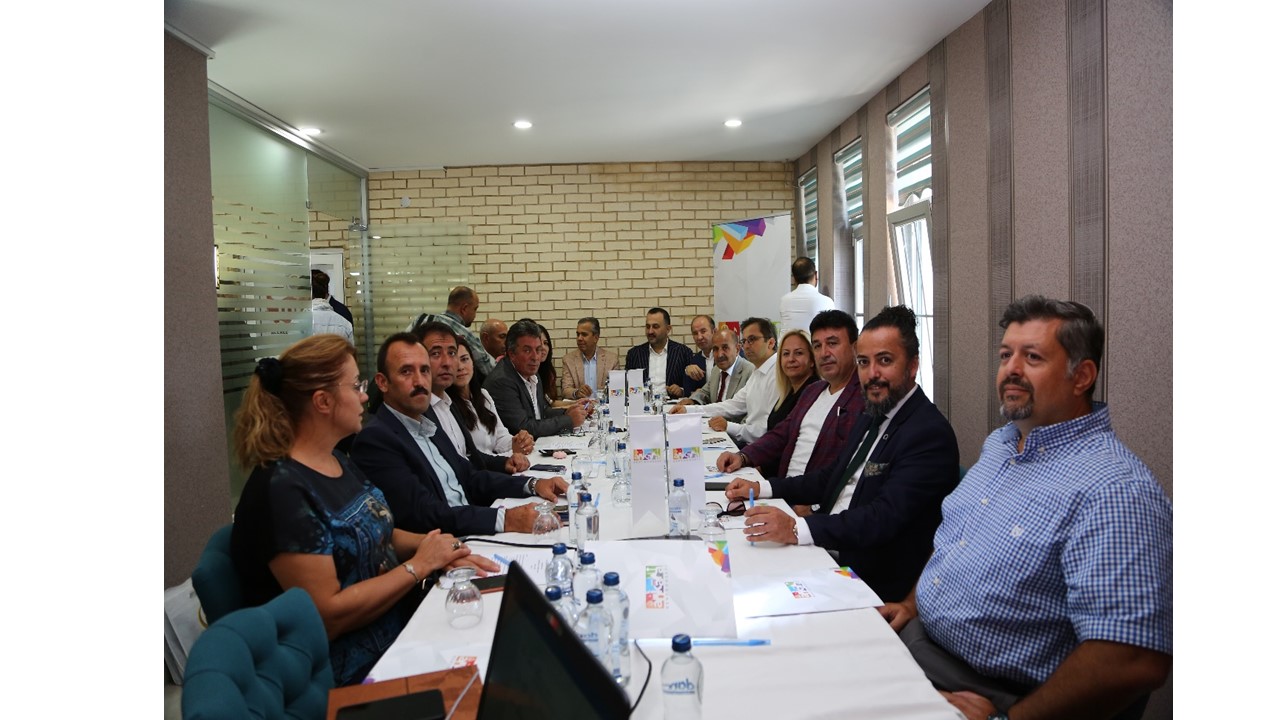 In Ankara, the capital of Turkey, nearly six million inhabitants live in a vast metropolitan region in Central Anatolia, extremely polarized in political terms due to the twenty-five-year reign of the previous mayor. He had been notoriously known for his autocratic, nepotist, and corrupt administration that eroded community awareness and participatory practices. Establishing an inclusive, trustworthy, and well-organized participatory mechanism to bring together citizens and various stakeholders in Ankara is the real challenge.

The Citizens' Assembly of Ankara is an autonomous participatory organization established to consoli- date community participation efforts and citizen initiatives at the street, neighborhood, district, and met- ropolitan levels to define substantial urban policies and raise community awareness related to sustain- able development, liveability, and good governance. Formerly, the scale and the historical experience of the city of Ankara, the capital city of Turkey, made it extremely difficult to establish a Citizens' Assembly since nearly six million inhabitants live in a vast metropolitan region with thousands of institutionalized stakeholders. The population was highly polarized in political terms because of the twenty-five-year mandate of the previous mayor. At the beginning of 2019, a new mayor was elected, and establishing a Citizens' Assembly was chosen as the fundamental means of increasing citizen participation. For this purpose, a project was launched under the name Citizens of Ankara: Re-assemble!

There were three objectives: (1) Persuade and gain the trust of a significant sample of stakeholders in Ankara to become a member of the Assembly to re-establish the Citizens' Assembly of Ankara. (2) Define local policies and strategies for structural problems of Ankara Region with these newly recruited members and pursue enactment of these proposals in the Council. (3) Strengthen community aware- ness and create concrete solidarity examples among citizens, especially in emergencies. The general approach was to devise an innovative facilitation methodology throughout all phases of establishing the Citizens' Assembly.

Conversation with Prof. Dr. SavaÅ Zafer Åahin, who is the Deputy Head of the Citizens' Assembly of Ankara

The Project reached its objectives in a year:

• The members of the Citizens' Assembly were organized into 35 working groups prepared policy recom- mendations about sustainability issues related to a bicycle master plan, a climate action plan, increasing

urban parks, an education program for people with disabilities, and celebration of important historical days, all of which were enacted by a unanimous vote in the metropolitan Municipal Council.

• A solidarity initiative emerged from the working groups and volunteers in the Citizens' Assembly of Ankara to raise community awareness in different areas. This initiative became the largest supporting network to the Municipality during Covid-19 Pandemic by supporting mutual aid for the impoverished and fostering neighborhood-level solidarity campaigns. There was a dramatic increase in community awareness.

Today, the Ankara Citizens' Assembly is seen as one of Turkey's most promising participatory mecha- nisms by experts and government officials. This success was awarded by IAF (International Associa- tion of Facilitators) with a "facilitation impact gold award" for effectively using facilitation techniques in citizen participation 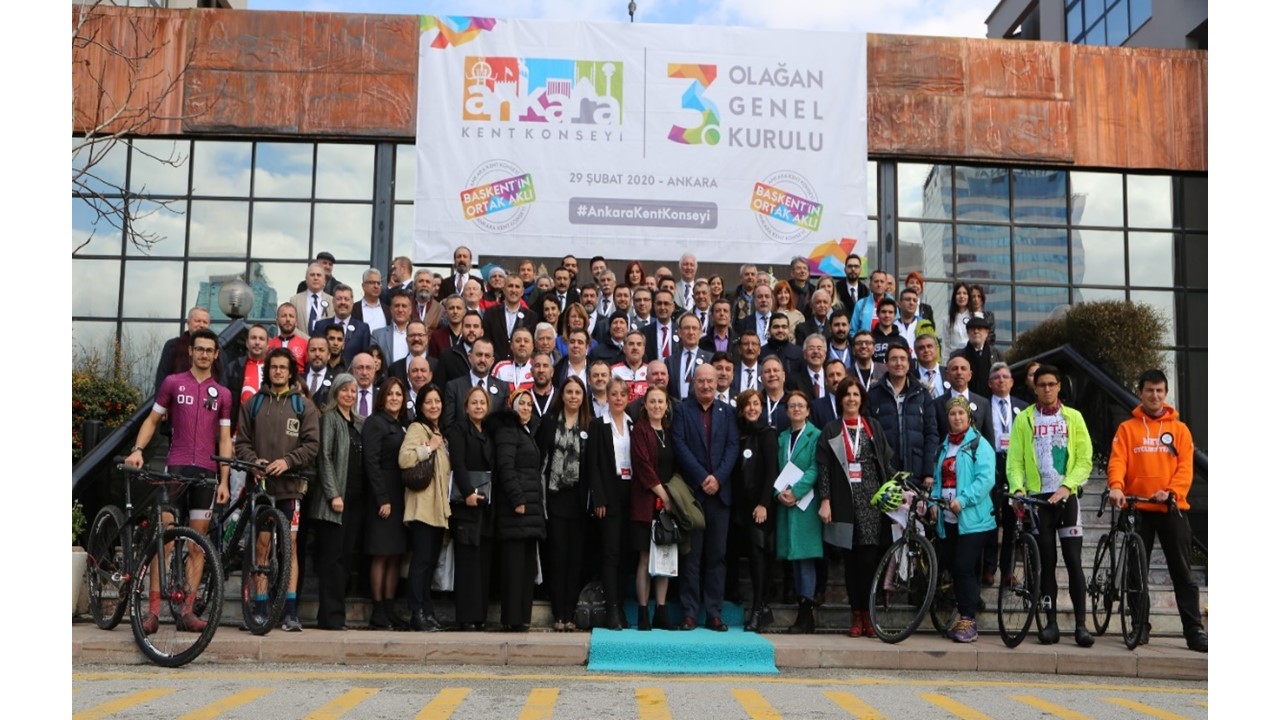 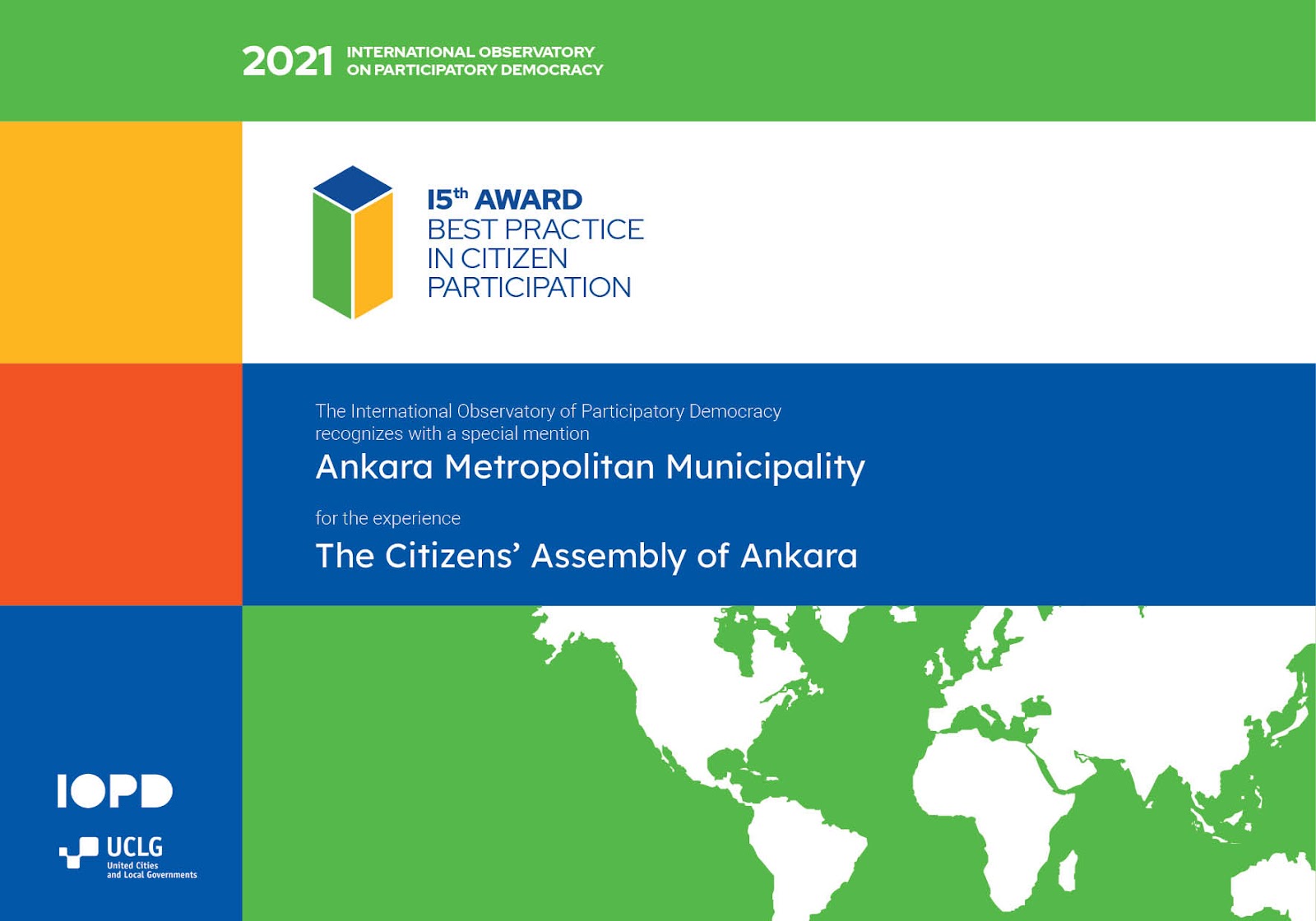 This Citizen's assembly is quite bold and innovative after 25 years of an "autocratic, nepotist, corrupt" government. This is a major democratic hope for Turkey, as we are dealing here with the capital, and it's obvious demonstrative impact, for other municipalities, and not only those from the same party as Ankara.

The experience has one limit : the monitoring of the actual changes and impact that will take place on the ground, as well as their wide dissemination, locally, nationally, internationally. But on the other side, the experience is impressive for the scale, for the clarity of the objectives such as gaining trust, the definition of local policies and strategies; community awareness and concrete solidarity and the methodology approach.