An experience aimed at promoting the initiatives of the young people of Santa Fe through the financing of projects that pursue the positive impact of youth in their communities.

The objectives of the program are, in a general way, to empower youth as active protagonists in their communities to guarantee transversality and territorial coordination of specific policies, as a tool to increase the approximation to the needs and challenges of the young population of each geographical area of Santa Fe. At the same time, ATR Santa Fe seeks to enhance their participation in social transformation and in the conduct of public affairs, promote their creative and entrepreneurial capacities, both in urban and rural areas, to encourage rootedness and human development. 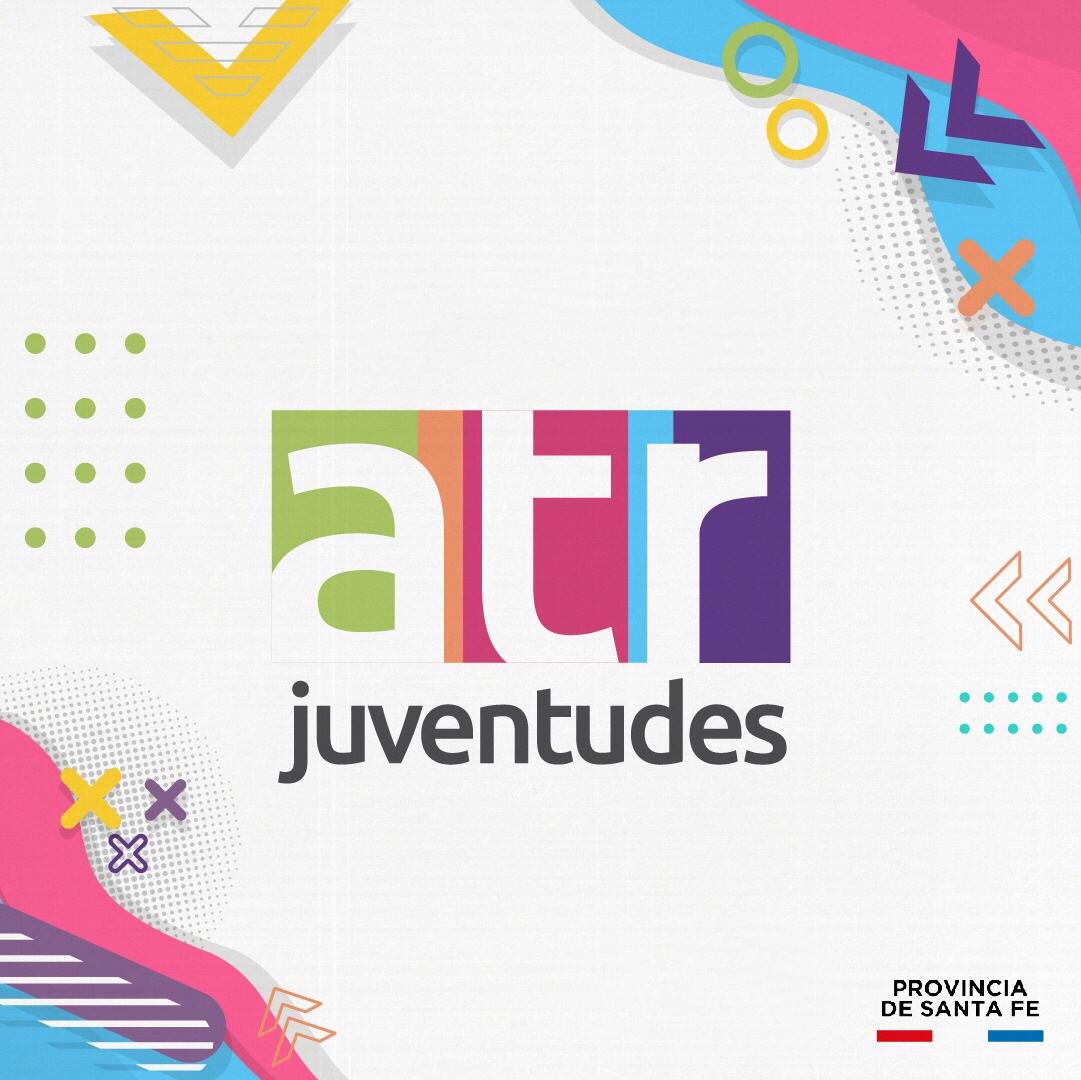 ATR Participatory Projects sought from the beginning to enhance the tools of young people in the field of their autonomy, in their connection with the territory and in the construction of youth organization and socialization networks. Meetings with referents from each department of the province were promulgated and carried out from the program and it was articulated with NGOs, Student Centers, neighborhoods, civil associations, youth spaces of the municipalities and communes, which enabled planning, diagnosis and linkage processes which was key in the framework of the action proposed by the program.

For the development of the project, a methodology of collective work was used with the actors and territorial representatives of each zone and district, convening assemblies and dialogues together to provide a space for listening to the demands and accompanying the development of projects that have generated a rapprochement resolution of the problems found in the different territories and communities. 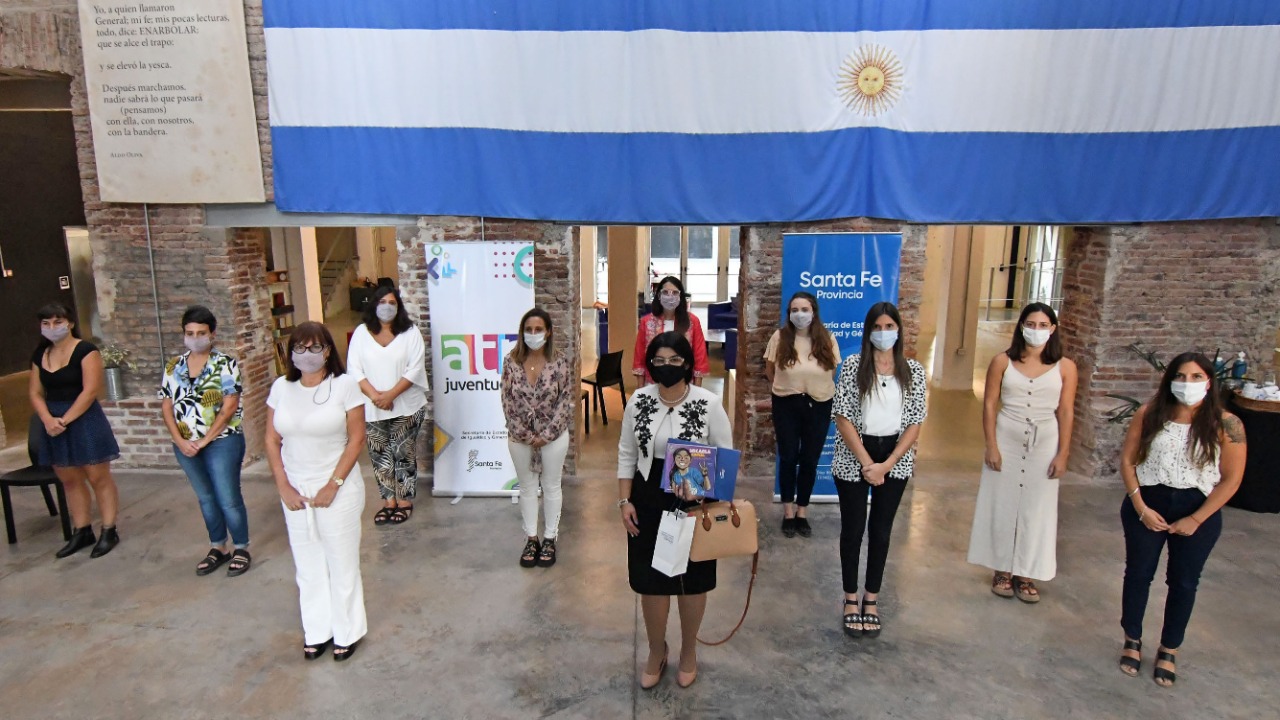 The Province of Santa Fe is one of the 23 provinces that make up the Argentine Republic. Its capital is the City of Santa Fe. The 2010 national census established a population of 3,200,736; most of the people of Santa Fe are concentrated in the south and center of the province and a large percentage of the population is made up of young people, therefore, between 2020 and 2021, the Secretary of State for Equality and Gender launched a series of initiatives aimed at to promote youth participation. 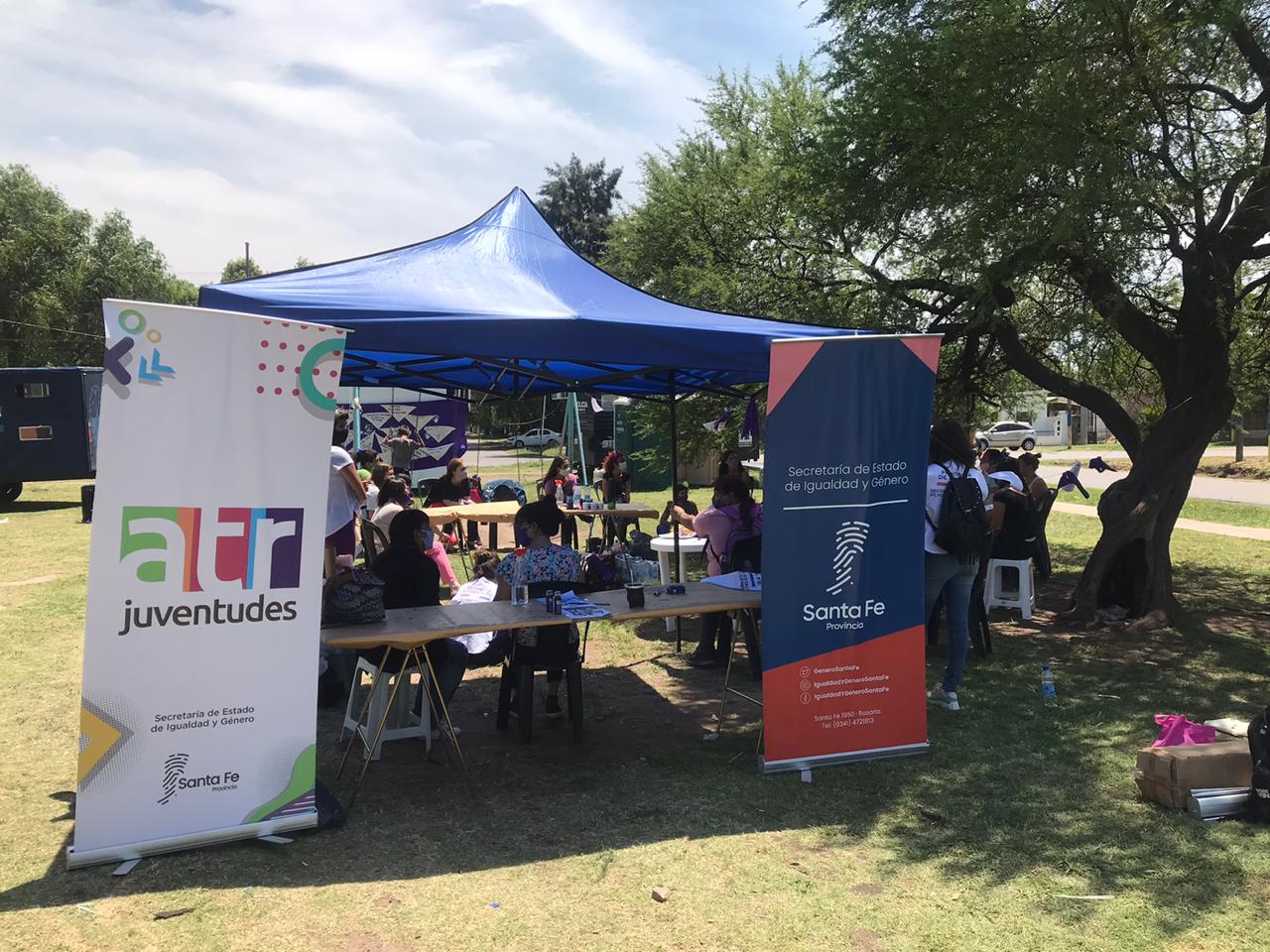 ATR Santa Fe seeks to enhance their participation in social transformation and in the conduct of public affairs, promote their creative and entrepreneurial capacities, both in urban and rural areas, to encourage rootedness and human development. The re-signification of youth in the plural makes it possible to recognize the multiplicity of processes (economic, social, political, cultural and geographical) that go through young people who circulate through a plurality of social and territorial spaces, so that their active participation constitutes a window of opportunity for social development and growth. This is dealt with by the first line of work related to the promotion of program rights.

On the other hand, the impact of the technological revolution requires strengthening their skills for a better insertion in the productive system and in the labor market and, in this sense, the remaining lines of action proposed in this program aim to strengthen the tools of the young people in the area of ââtheir autonomy, in their connection with the territory and in the construction of youth organization and socialization networks. 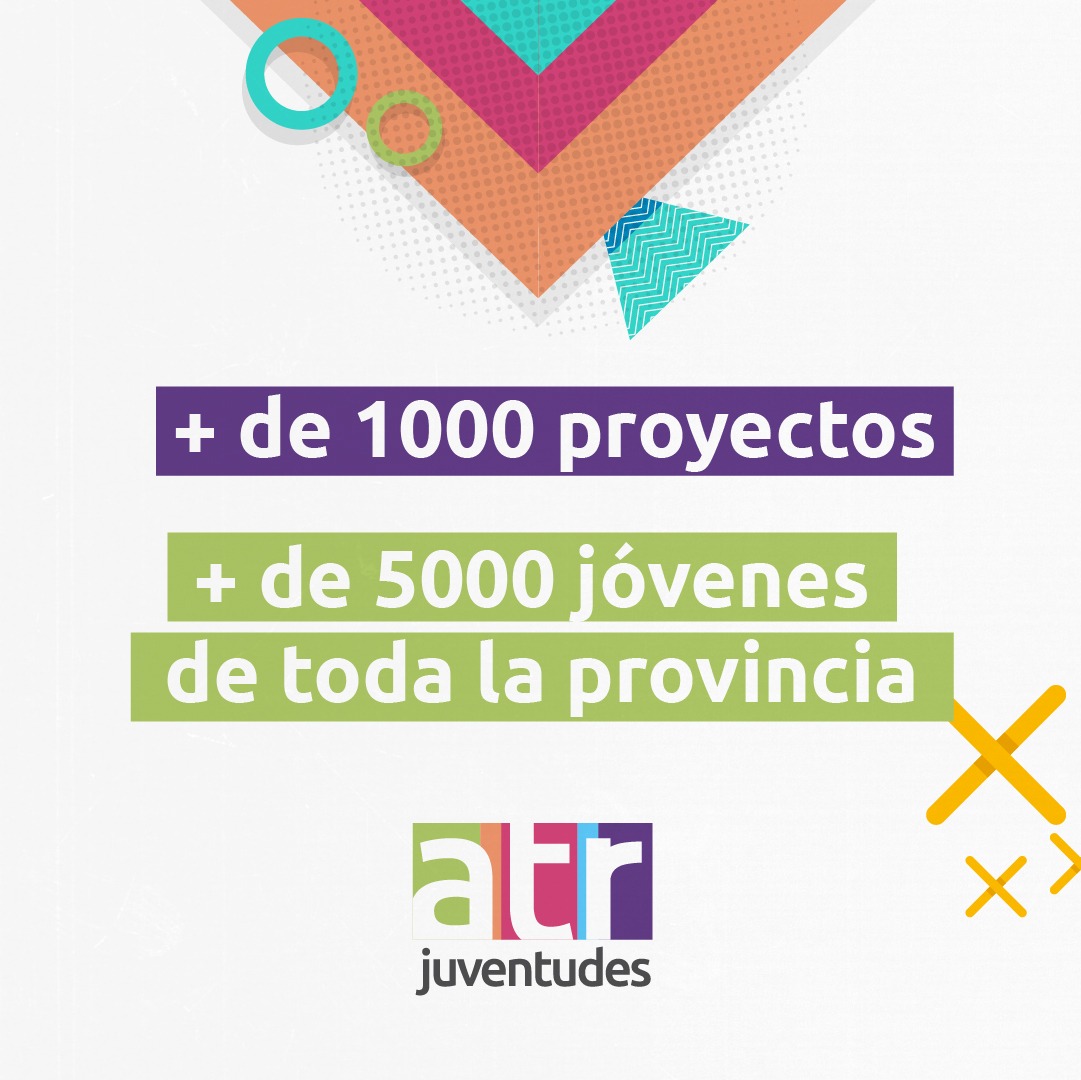 The implementation and execution of the projects was supervised, accompanying the groups, continuing in communication, holding meetings in virtual and face-to-face mode according to the possibilities of the context marked by the pandemic. The participatory projects that were chosen after the selection process were financed with amounts of up to 50,000 Argentine pesos according to the budgets presented in the registration form.

Once the corresponding payments have been made, the groups are asked to participate in follow-up meetings and exchange of experiences, where issues corresponding to the relevant thematic areas are addressed to deepen the development of the projects, generating instances of debate that allow the improvement of the execution of the projects, strengthening the fluid dialogue between the State and the community.

ATR Participatory Projects set out from the outset to be a program that promotes and promulgates the active development of youth in society. Revalue the actions and proposals that are strongly led by this sector, not only from an activism, but thinking, discussing and elaborating necessary and strategic dynamics that are adapted to the times that run today generating above all things positive transformations in their territories. 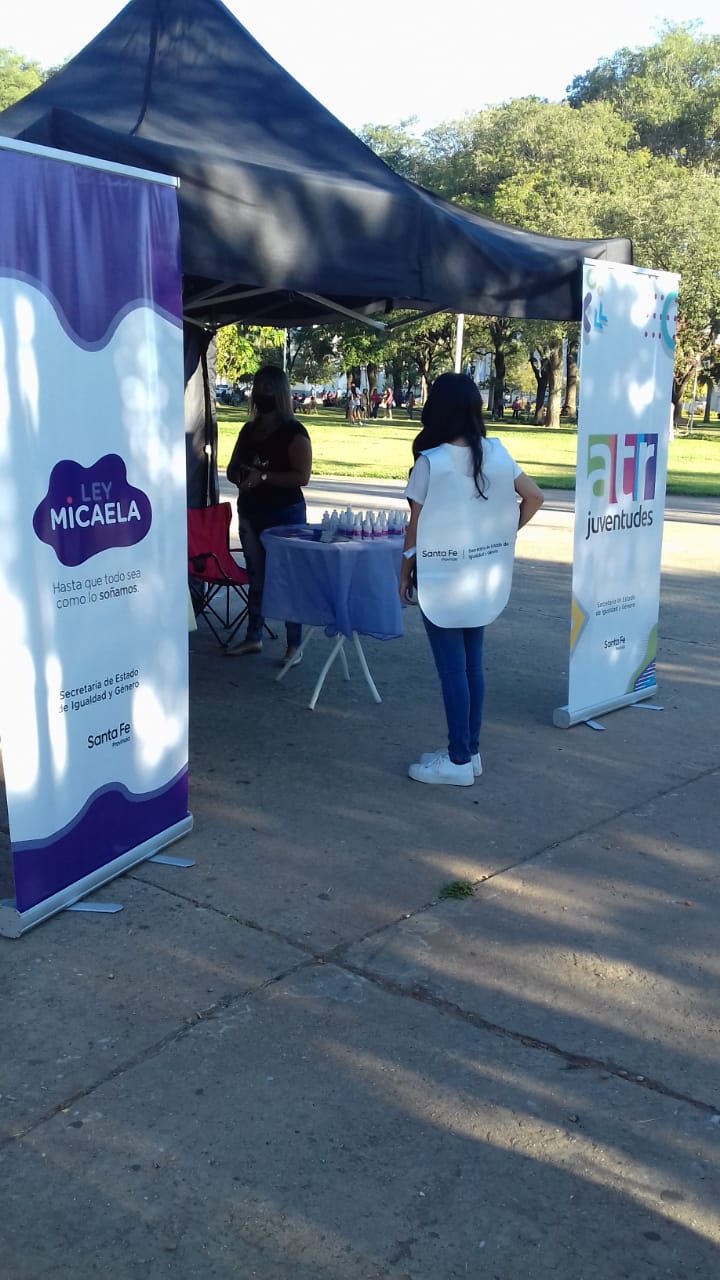