Federal voting of May 21 2017 in Switzerland

Swiss voted on whether to support the federal government's plan to overhaul Switzerland's energy system. The plan was accepted by 58.2% of voters.

The results were in line with most poll predictions leading up to the vote.

Architects of the vote, the Swiss People's Party (UDC / SVP), said in a statement that while it was disappointed by the result, the referendum had nevertheless pointed out the heavy costs the government's energy strategy. Adding that the party's late start meant they were unable compete with years of "official propaganda" in favour of this "dangerous" energy plan.

The voter participation rate across Switzerland was 42.4%. 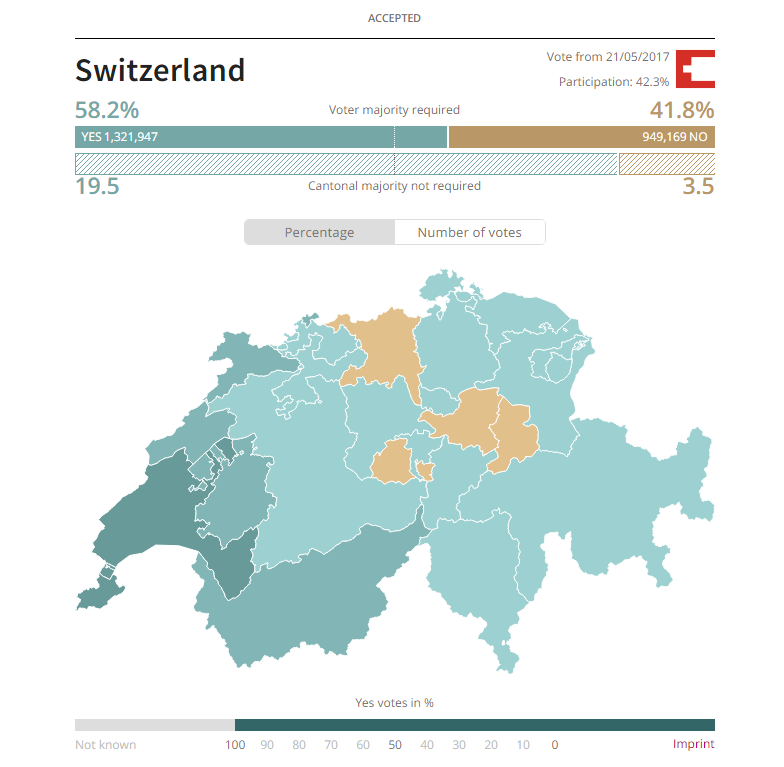