Referendum in the regions of Lombardy and the Veneto

On October 22, 2017, the Italian regions of Lombardy and Veneto held referendums to request greater autonomy.

The question put to the vote was: "Do you want the Lombardy Region, in view of its specialty, within the framework of national unity, to undertake the institutional initiatives necessary to require the State to assign additional forms and special conditions of autonomy, with its resources, according to and for the purposes of the third paragraph of Article 116 of the Constitution and with reference to any legislative matter for which such proceedings are admissible on the basis of the Article referred to above?” 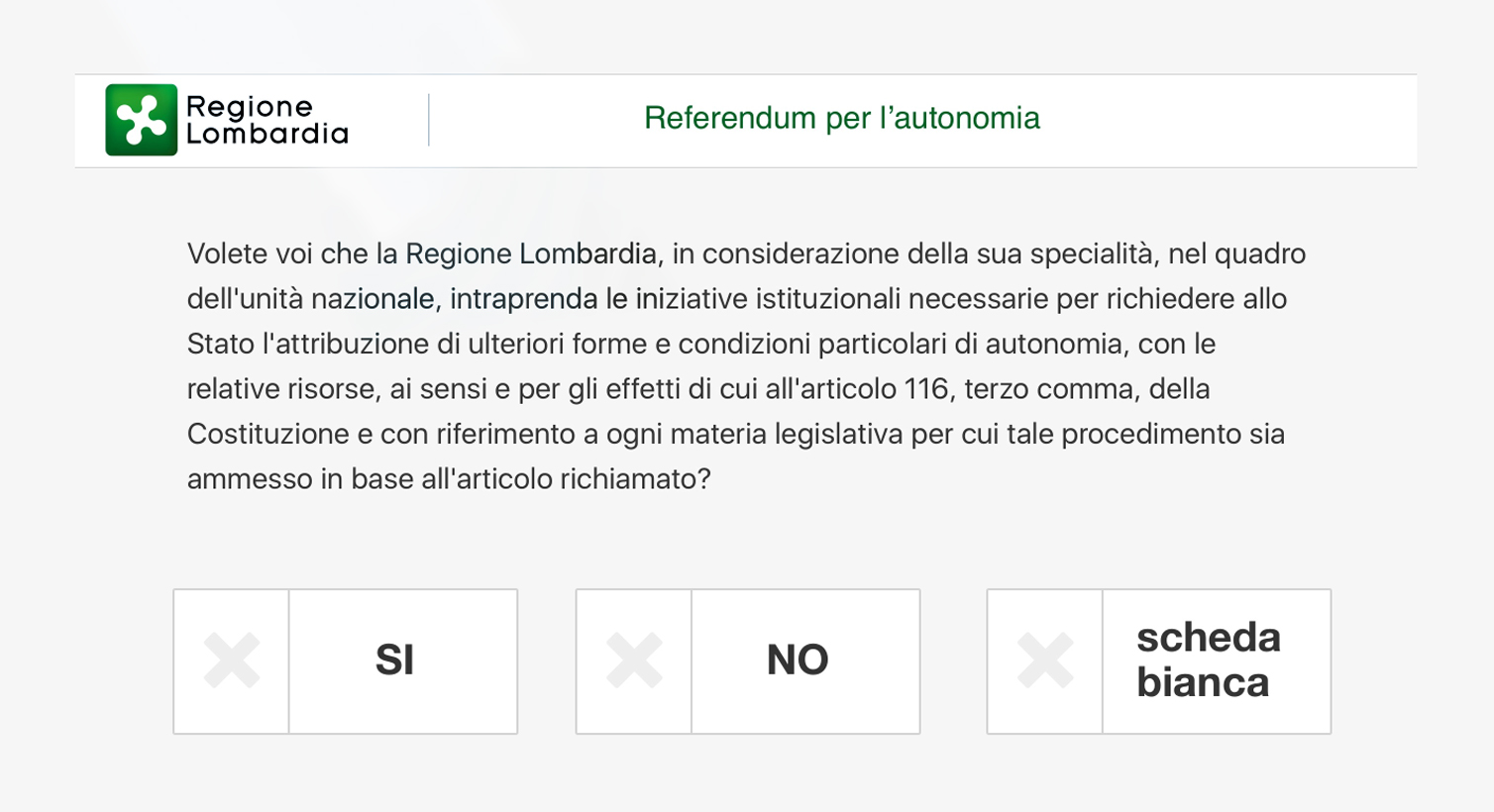 The question put to the citizens' vote was: “Vuoi che alla Regione del Veneto siano attribuite ulteriori forme e condizioni particolari di autonomia?” Do you want further forms and special conditions of autonomy to be attributed to the Region of Veneto? 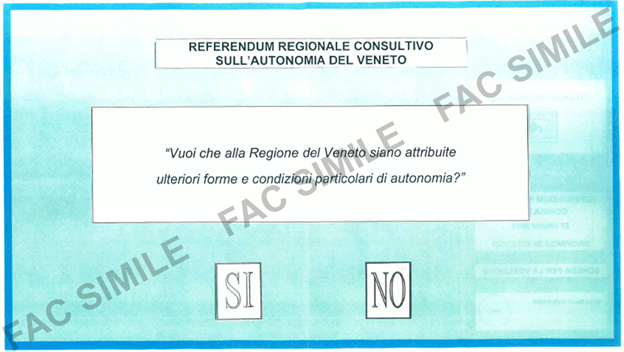 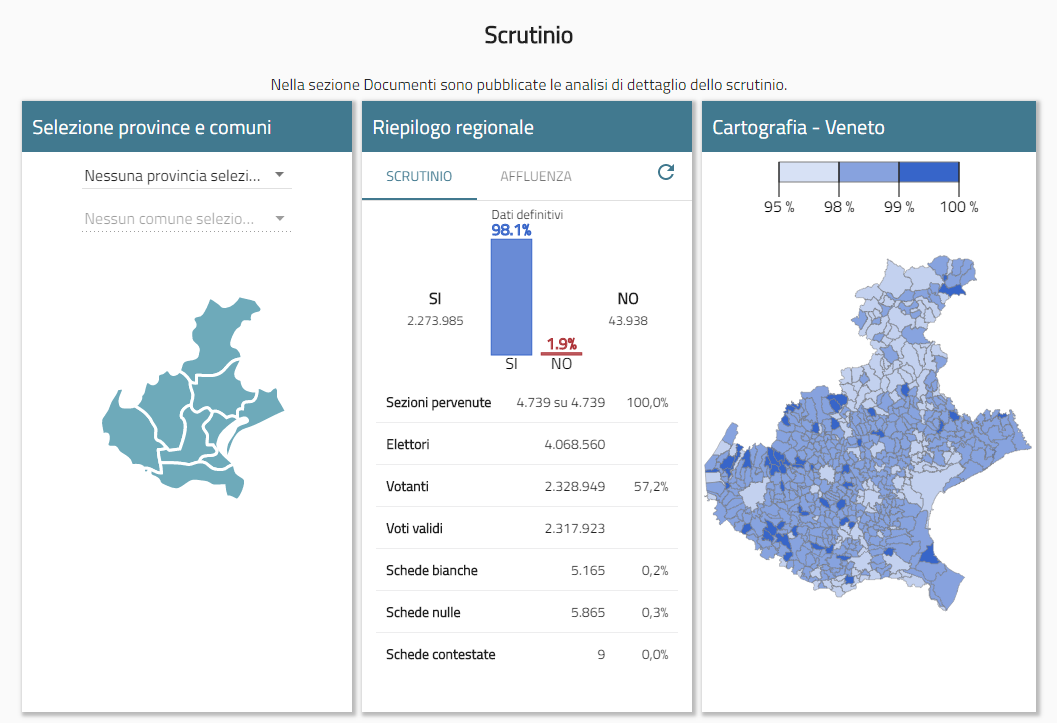