The IOPD was represented through its Secretariat and various members of the network with the aim of introducing the participatory perspective in the global agendas.

The ninth session of the World Urban Forum took place in Kuala Lumpur, Malaysia, from February 7 to 13, 2018. It was the first meeting after the approval in Quito of the New Urban Agenda, and the implementation of the NUA was in the center of the discussion. More than 22,000 participants from 165 countries, including more than 100 ministers or vice ministers, discussed concrete steps in the construction of "Cities for all."

The IOPD was represented through its Secretariat and various members of the network with the aim of introducing the participatory perspective in the global agendas. We also actively collaborate in the campaign of the Global Taskforce and UCLG "Listen2Cities" that defends the role of local and regional governments as guardians of the Habitat 3 legacy and as those responsible for implementing the New Urban Agenda.

In this area took place on February 8, the fifth Assembly of Local and Regional Leaders. Mayors and other local and regional leaders presented their perspective on the implementation of the New Urban Agenda (NUA) and other global agendas such as the SDGs. We can highlight as a central message the defense of the role that local and regional governments should have in the application of the NUA, asking for political recognition. Some of the speakers, such as Peter Kurz Mayor of Mannheim (Germany) or Carola Gunnarsson Mayor of Sala (Sweden) stressed the need to open real channels of citizen participation to achieve a better implementation of the Urban Agenda and it's monitoring, being also a pillar of local democracy. 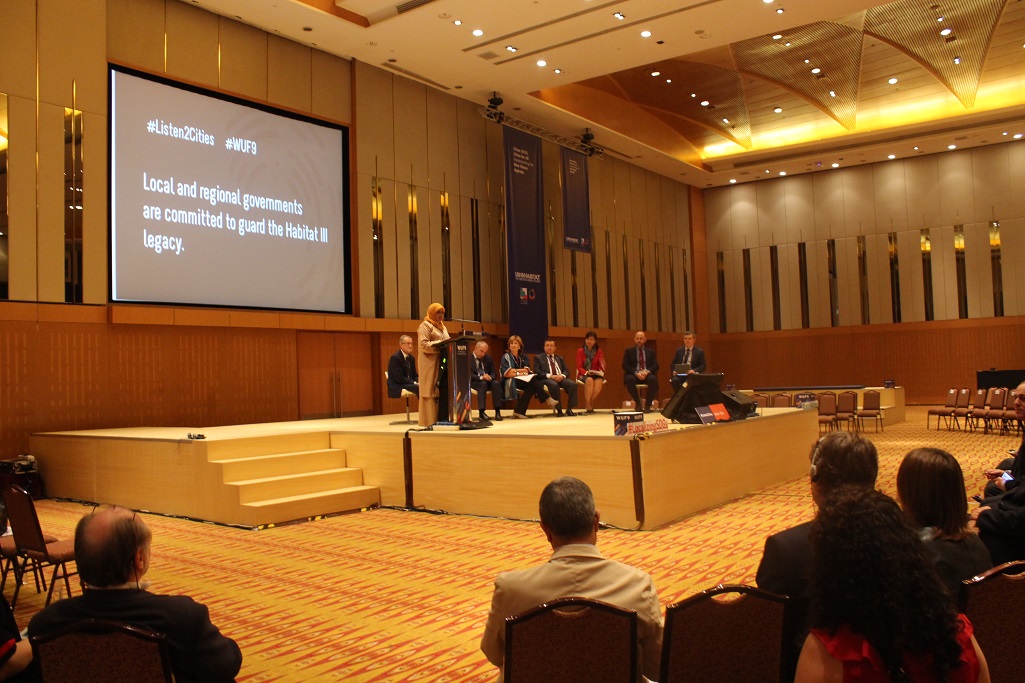 We also want to highlight the speech of Maimunah Mohd Shari, recently appointed Executive Director of UN Habitat, and until recently mayor of Penang (Malaysia). She has defended the indispensable role of local governments in achieving these global objectives, has also recognized the need to have real citizen participation policies in our cities, and has not hesitated to demand democratic, inclusive and transparent local governance.

The IOPD co-organized up to five official events during the Urban Forum:

Organized by Kota Kita (Indonesia), The Bartlett Development Planning Unit - UCL (United Kingdom) and the OIDP. In this event, various examples of participatory budgeting were presented, as a tool for social and political transformation, key to an inclusive implementation of the New Urban Agenda and the SDGs. 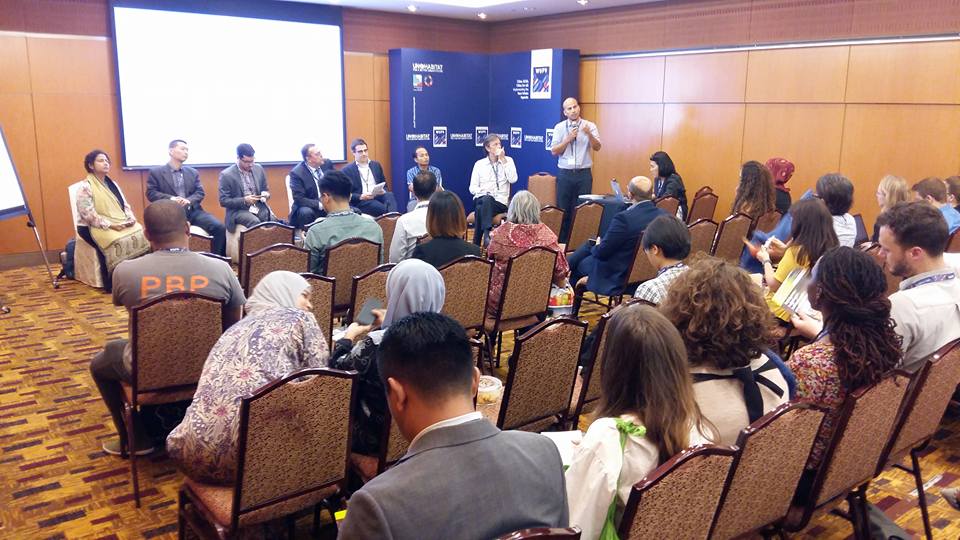 Pictures of the side event

The event was boosted by Yves Cabanes and included presentations from various experiences in Africa, Indonesia, Malaysia and Europe. During the event we discussed how to plan and implement participatory budgets with gender sensitivity to avoid repeating the gender inequalities that exist in society. In the final exercise the participants responded to various questions and contributed ideas in that sense. Citizen participation must create channels that transform reality, not reproduce the inequalities that are already present. 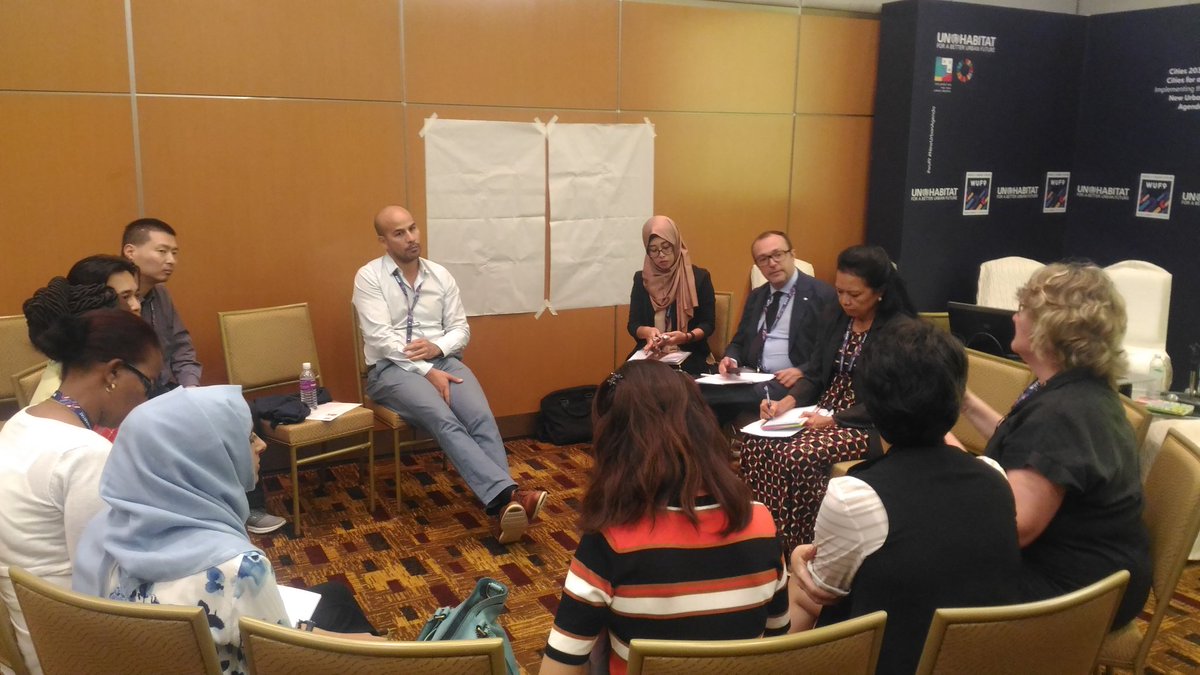 Contributions of the participants during the training event

Presentation from Kota Kita of the case of Solo (Indonesia)

Pictures of the training event

Networking event: Subnational Government Global Observatories and the implementation of the Global Agendas

This session was divided into two round tables of different experiences of monitoring the action of local governments in relation to global agendas. Edgardo Bilsky, Director of Studies of UCLG, presented the work of the GOLD Observatory, Jorge Rodríguez, Coordinator of International Relations and Cooperation of the City of Montevideo, who presented the work of the Decentralized Cooperation Observatory (OCD), Octavi de la Varga, Secretary General of Metropolis who presented the work of the Metropolis Observatory, Jean-Pierre Elong Mbassy, Secretary General of UCLG Africa and Bernadia Irawati Tjandradewi Secretary General of UCLG ASPAC. Moderation was provided by Kontxi Odriozola, Director of the Office of International and European Strategy of the Diputació de Barcelona.

The second roundtable was composed by Adrià Duarte, Coordinator of the IOPD, Fabienne Perucca of the Decentralization and Local Government Unit of UN Habitat, Braulio Díaz- Content and Knowledge Director of the Al-las and Yunus Arikan ICLEI's Head of Global Policy and Advocacy. Mohamed Boussraoui, Program Director of UCLG, was responsible for moderating the table. In this second table, examples of monitoring were presented in different thematic areas and how this work should support local governments.

Pictures of this event host in the Listen to Cities Room

In this event coordinated by Giovanni Allegretti several examples of Participatory Budgeting scaling up were presented. Professor Yves Cabanes discussed the affirmation that the participatory budget is escalating, because although it is true that more municipalities are implementing them, a very small part of the local budgets is being allocated to the citizen decision process.

The speakers of the event were:

- Yves Cabanes, representing the experience of the participatory budget in Cameroon

- Simon Langelier, international relations advisor for the city of Montreal (Canada) who presented the case of participatory budgeting in Scotland

- Amanda Flety, coordinator of the Commission for Social Inclusion, Participatory Democracy and Human Rights of UCLG

The session was organized by OIDP and Enda ECOPOP.

Bachir Kanoute of Enda ECOPOP and coordinator of the OIDP in Africa was in charge of making the session frame and making the theoretical introduction. Yatma Gueye, Director of the Cabinet of the Minister of Urban Renewal of Senegal gave the opening address of the session and the moderation was given by Alioune Badiane from the Think Tank TUTA. 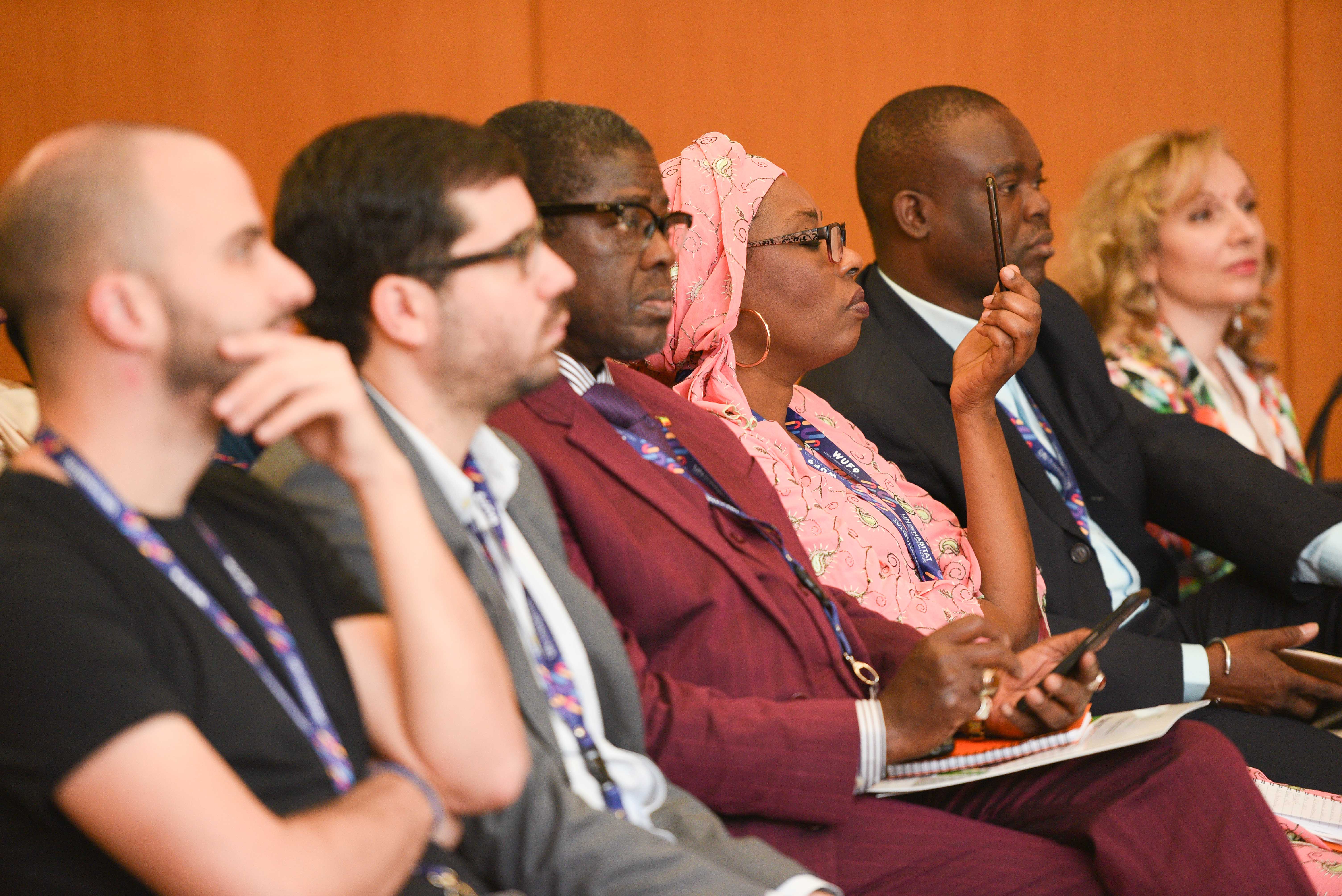 - Giovanni Allegretti, from the CES, Portugal

Pictures of the session