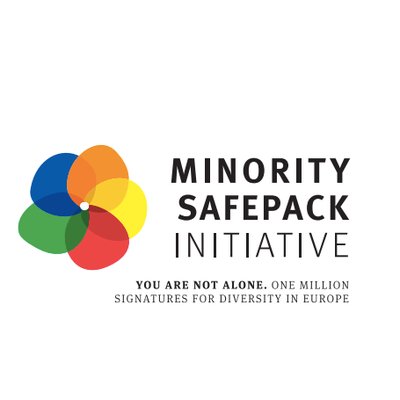 Wednesday 3rd April was the deadline for the collection of signatures of the Minority SafePack initiative. Prompted by the Federal Union of European Nations (FUEN), the proposal wants the European Union to protect and prompt its minority languages. Therefore, it aims to contribute to the cultural and linguistic diversity in the Union. The promoters of the initiative aim to reach this goal by including policy actions in the areas of participation and equality, among others.

The submission of this proposal has been possible thanks to the European Citizens’ Initiative, an instrument of direct democracy that was introduced by the European Union in 2012. As described in its terms, one million European citizens from at least seven Member States must support an initiative for it to be taken into account. This has been the case of Minority SafePack and now the European Commission will have to decide whether they accept or reject the proposal.

Official webpage of the initiative: http://www.minority-safepack.eu

Presentation of the initiative in the European Commission: http://ec.europa.eu/citizens-initiative/public/initiatives/open/details/2017/000004/en?lg=en