Stockholm hosts a conference about how to improve democracy

The Swedish Association of Local Authorities and Regions (SALAR) has organized a workshop from the 16th to the 18th May in which IOPD participated.

More than 200 people, who include elected officials and public servants from local governments, academics, advisors and social activists, took part in this workshop entitled "Improving Democracy". There, examples of policies and citizen participation initiatives were introduced for the purpose of improving the quality of democracy.

SALAR has a program to improve local democracy in its municipalities. Also, it promotes the exchange between cities and experts from other countries to learn about new initiatives and study them in order to implement them in other Swedish cities.

This conference has been an opportunity for elected officials and public servants to discover new ways to face democratic challenges in other countries, as well as to show which policies are being developed in the country to participants of other origins.

Here you can check the workshop program. 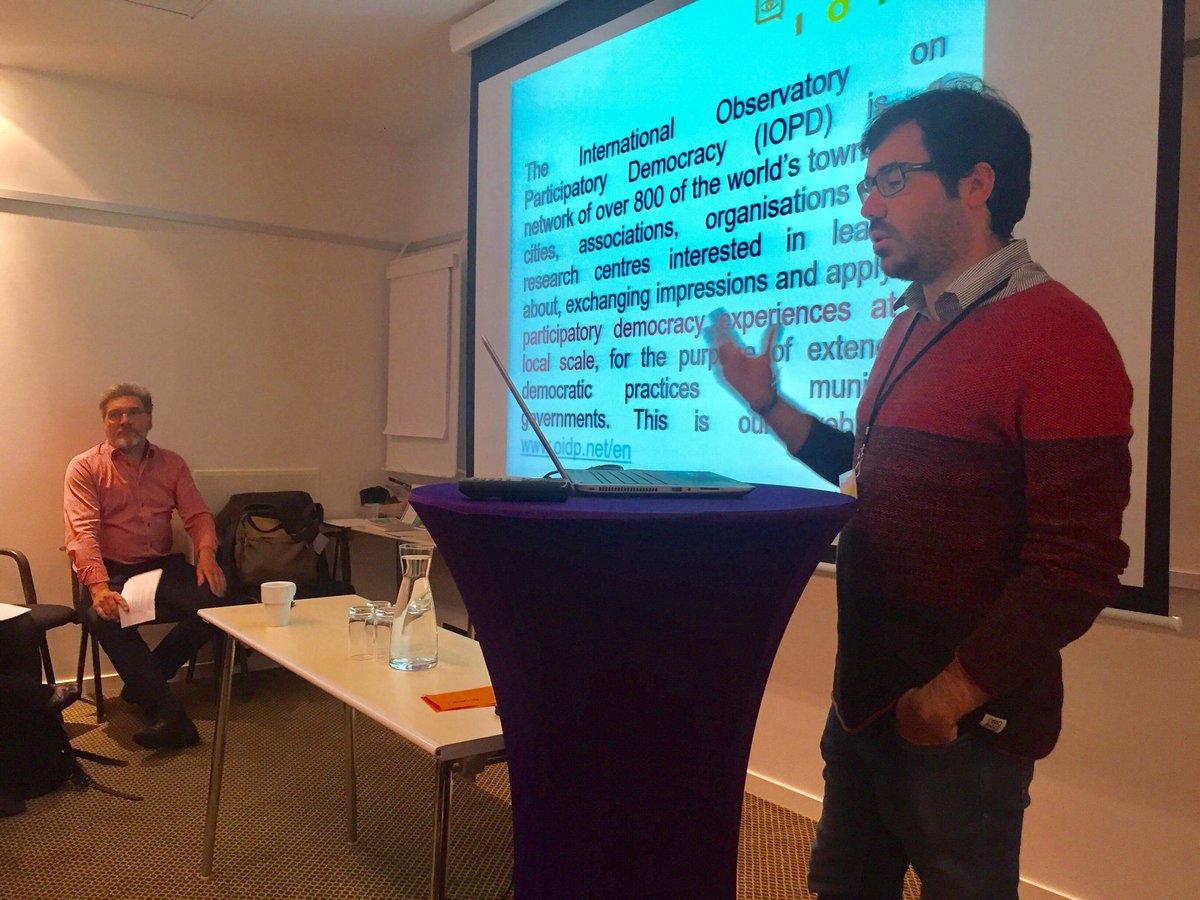 The coordinator of the OIDP Technical Secretariat, Adrià Duarte, took part in two seminars: one about citizen participation in "complex situations of special planning" and another about "unexpected ways of participation". In this second seminar, some of the projects which have been submitted to the XII Award OIDP were presented.

You can recover some featured tweets in this link
Here you can download the presentations of the seminars. 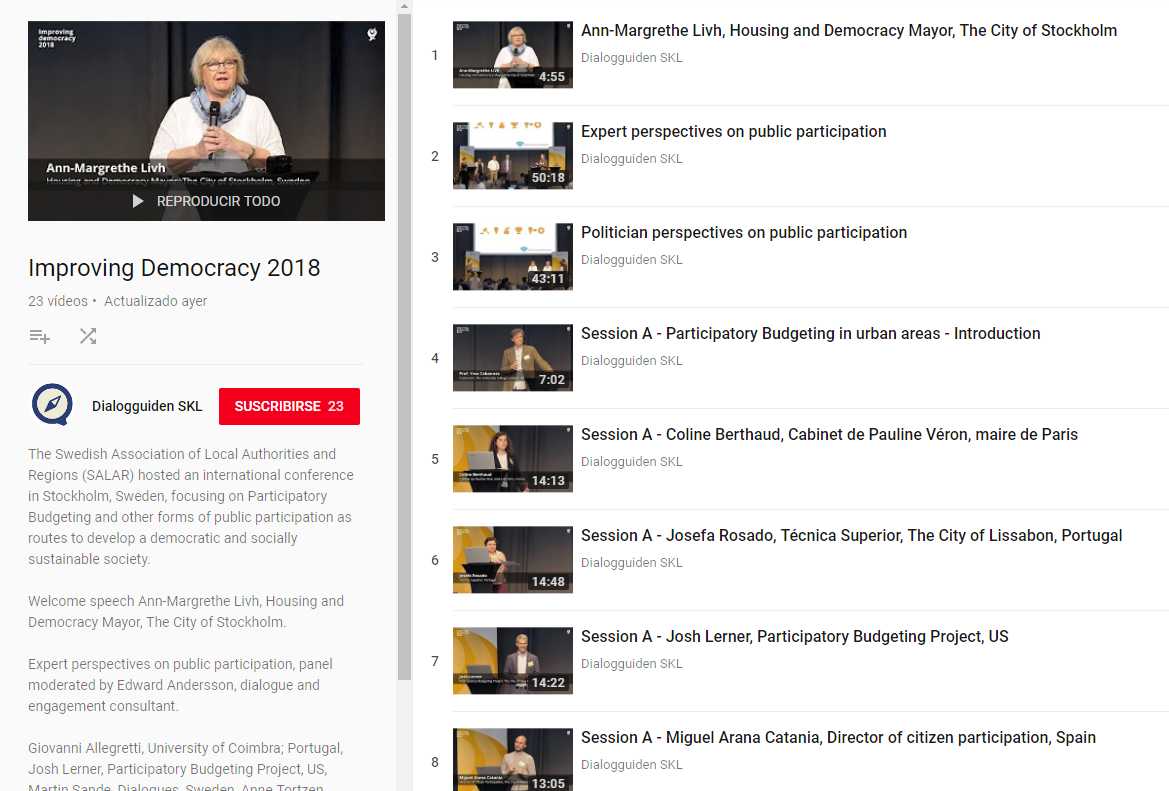