The 4th edition of the Iberian Meeting of Democracy and Participative Budgets was held in A Coruña on the 4th, 5th and 6th of July and the IOPD organized a workshop there with its members.

The IV Iberian Meeting involved three days of debate with different types of formats such as meetings, conferences and workshops. Its objective was to create a common reflection and advance in a shared agenda to deepen in the participatory democracy field. 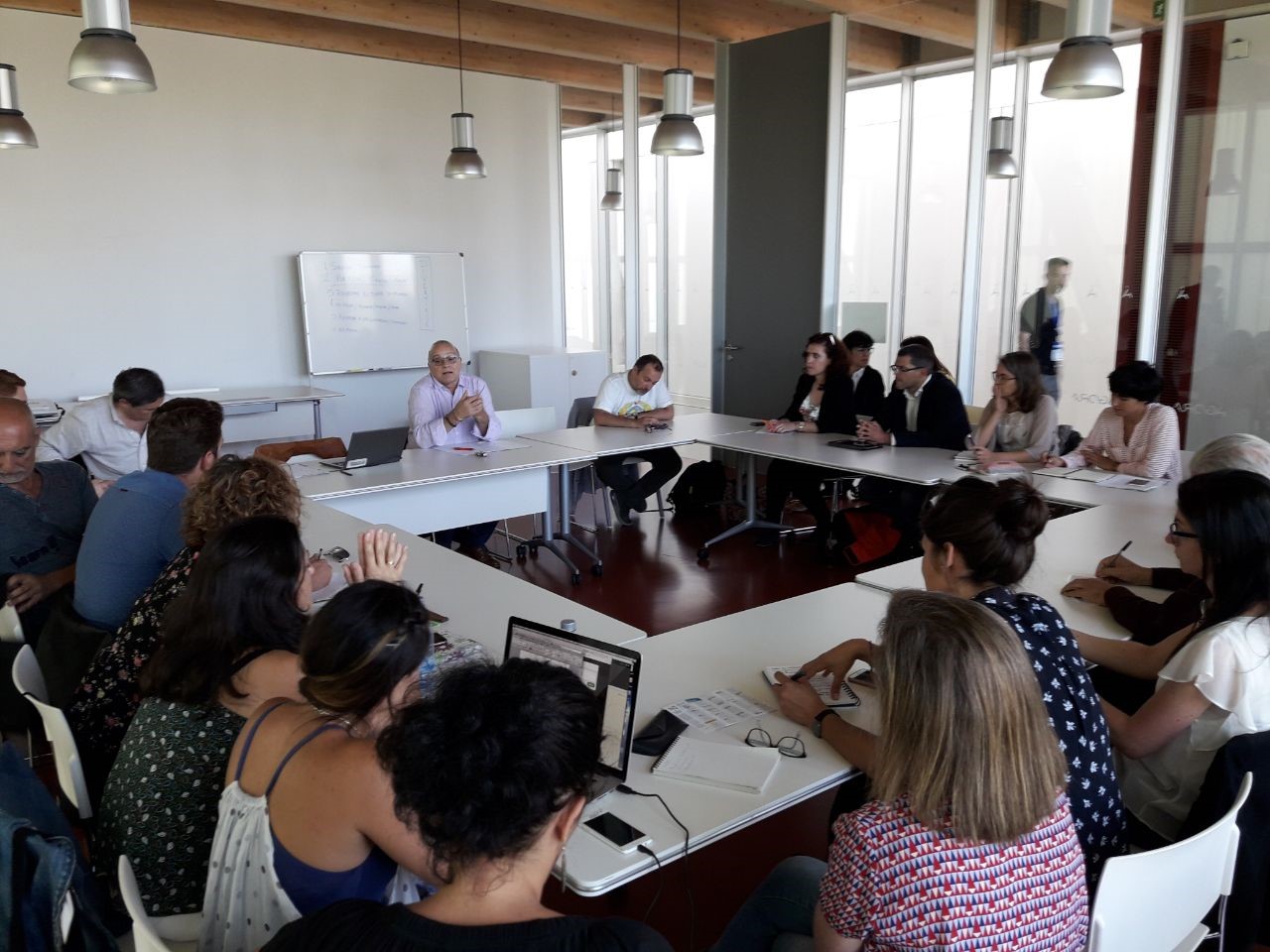 The meeting started with the conference of Ana Sanromán, General Director of Economy of Zaragoza, who spoke about participation and public management. It was followed by a workshop led by Virginia Gutiérrez, professor at the Pablo Olavide University, and Nelson Díaz, member of the Loco Association of Portugal. During this workshop, participants discussed what participatory budgeting is and how to implement it.

In the afternoon, at the working meeting organized by the IOPD, we discussed what type of network is needed to connect the democratic innovations that are emerging from the cities. In order to do so, we took into account diversity and plurality and we also looked for the most appropriate political framework.

The first day finished with the official opening: a discussion about democracy by Camilo Romero, Governor of Nariño, Colombia; Laura Gómez, Ex General Director of Equality in the Provincial Council of Gipuzkoa; Xulio Ferreiro, Mayor of A Coruña; and Claudia Delso, Councilor for Participation and Democratic Innovation of A Coruña. 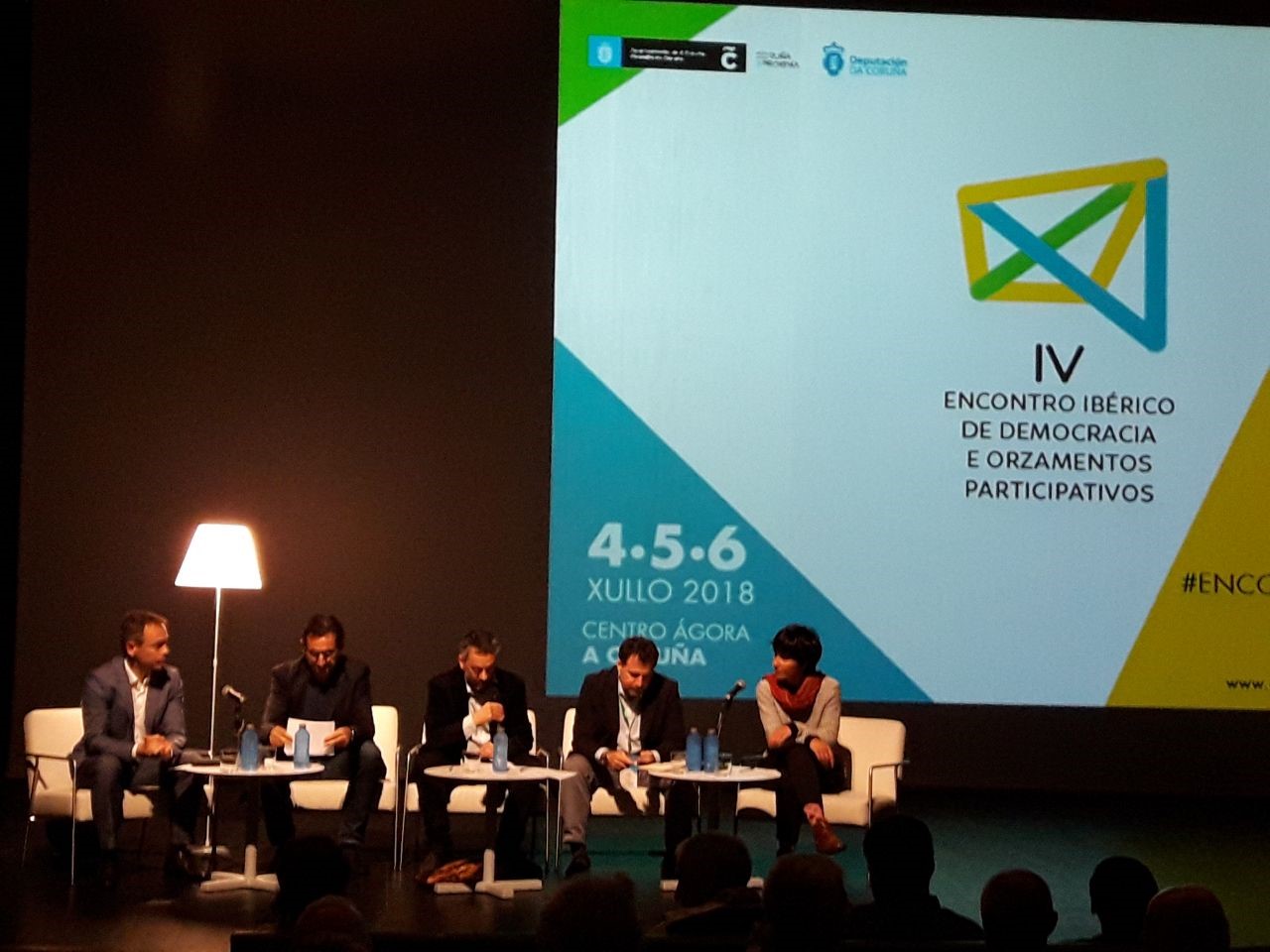 On the second day, the requirements and current challenges of participatory budgeting were discussed by Yanina Welp, Regional Director for Latin America at the Center for Direct Democracy Studies at the University of Zurich. During the conference, she stressed the need to build participatory ecologies that integrate different instruments. As requirements, she highlighted diversity and plurality, the gender perspective and deliberation. Among the current challenges, she mentioned the rigor of the concepts used in participation and the institutionalization of participation.

Afterwards, an extensive table of experiences on participatory budgets was opened and all the participants shared their knowledge to discuss and exchange ideas. It began with the experiences at the state and regional level with the cases of Portugal by La Rede de Autarquias Participativas and that of the Murcia region.

The afternoon session began with the presentation of the book "Hope for Democracy", which gathers 30 years of participatory budgeting experiences in the world. It was followed by three parallel collective brainstorming workshops: first, one about participatory budgeting from the diversity of participants perspective; another one about how to achieve an inclusive and diverse participation taking into account gender equity and, finally, a last one about how to transfer knowledge and improve participation processes. The intervention of the City Council of Cordoba highlighted the School of Participation as a tool for the promotion of women and youth.

Finally, the last day of the meeting began with a conference on participatory democracy in Iberoamerica with the interventions of Oscar Fabian Siñani, Secretary of the Municipal Council of the Autonomous Municipal Government of La Paz, Bolivia; Diego Alejandro Hidalgo, Director of Citizen Participation of the Metropolitan District of Quito, Ecuador; Bernal Vargas, Head of Neighborhood Improvement in San José, Costa Rica; Manuel Maunier, General Director of Participatory Communication of Buenos Aires, Argentina; Gustavo Zignago, General Secretary of the Municipality of Rosario, Argentina; Pedro Henrique Colombini, Advisor and Researcher of the Federative Diplomacy and International Cooperation Project of the Federal University of Minas Gerais, Brazil; and Marta Regina Banegas, Manager of the Human Development Area of ??Tegucigalpa, Honduras.

After that, two roundtables started. The first one about experiences and tools to prompt children and youth participation and how childhood contributes to the construction of their own space, time, leisure and the development of a jointly responsibility feeling. The second table discussed on-site participation and online participation: learning communities around the processes.