During these two days, attendees could go to different round tables and debates about this topic. Speakers have talked about issues such as the role of cities in the world, the interculturality and the deportation policies, among others.

Concretely, on Monday morning a debate was held about the role of cities as a global counterpower. It counted on the participation of councillors from all around the world, who showed the diverse reality of different municipalities before the rise of the extreme right: the struggle of Seattle (USA) to help immigrants despite Trump`s racist policies, the efforts of Athens to welcome refugees in view of the lack of response from the State or the importance of citizen initiatives to oppose extremism, among others.

From the IOPD we also want to highlight the importance of an active and mobilized citizenship to defend human rights. A participatory and inclusive democracy is the best guarantor of those rights. 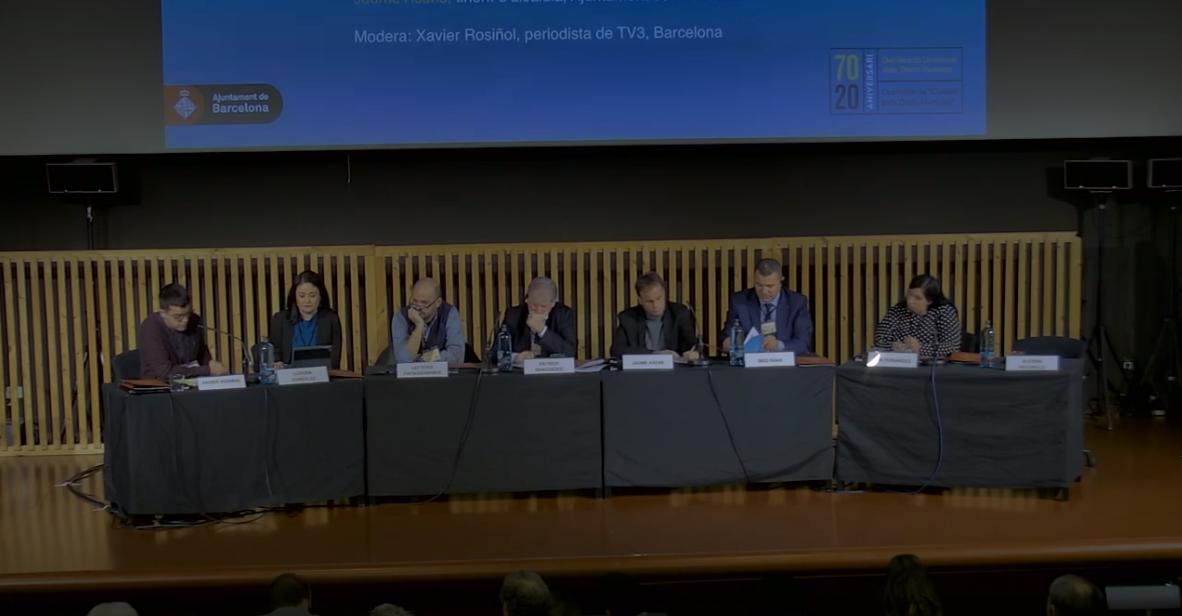