The German-speaking Belgian community promotes mechanisms to expand and give a bigger space for democratic citizen participation, an important topic on these times of crisis, and distrust towards institutionalized democracy. This initiative consists on the creation of two types of organization called the "Bürgerrat" and the "Bürgerversammlungen", which are composed of two institutions, a citizen council and three citizen assemblies that seek to put the needs of citizens on the political agenda.

In this way, not only active participation of individuals will be encouraged, the creation of alternative ways to build better communication between the government and its population will be promoted. It is expected that the first citizen assembly will be selected on September 16th, 2019.

First, the "Bürgerrat" (citizen council), made up of 24 individuals randomly selected over a period of 18 months, will be responsible for selecting the topics to be addressed by the "Bürgerversammlungen", which the is second institution that is made up of different "citizen assemblies" chosen by lot, composed between a number of 25 to 50 individuals. A maximum of three assemblies will be formed they will work for three weeks, during three months. After this process of participation, proposals will be made as recommendations that will go directly to the parliament, so they can be considered as main issues. Furthermore, this implies a joint work between citizens in an organized way, for controlling the checks and balances of the government which makes it an interesting and democratic model. 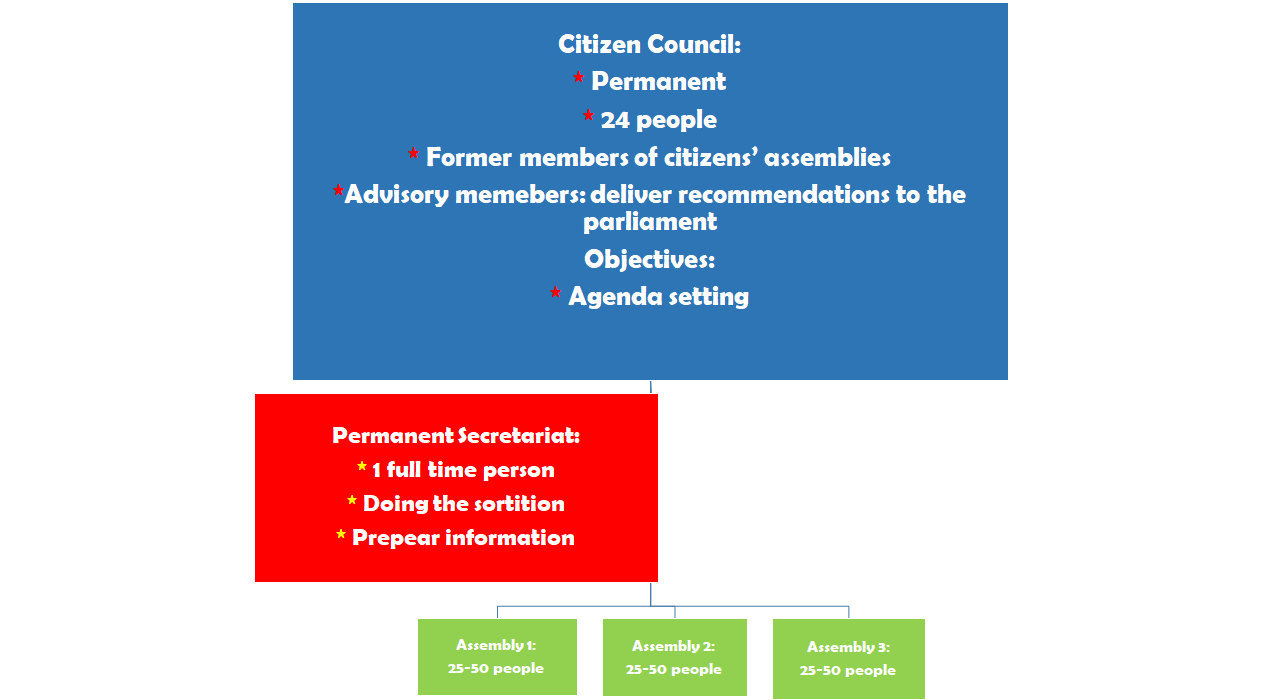