Initiated by the french President in april of 2019 after the Yellow Vest crisis and the National Consultation, the objectives of the Citizens' Convention on Climate Change are to define measures to reduce greenhouse gas emissions in France by at least 40% (in relations to 1990's levels) by 2030, within the perspective of social justice.

150 citizens have been selected by sorts to constitute a representative assembly about climate change following divers criterias: gender, age, qualification, socio-professional categories, type of territories and geographical areas. The assembly has been divided in five work groups covering five themes: transport, food, consumption, work and production, housing. The assembly is supposed to meet 7 week-ends, until April of 2020. 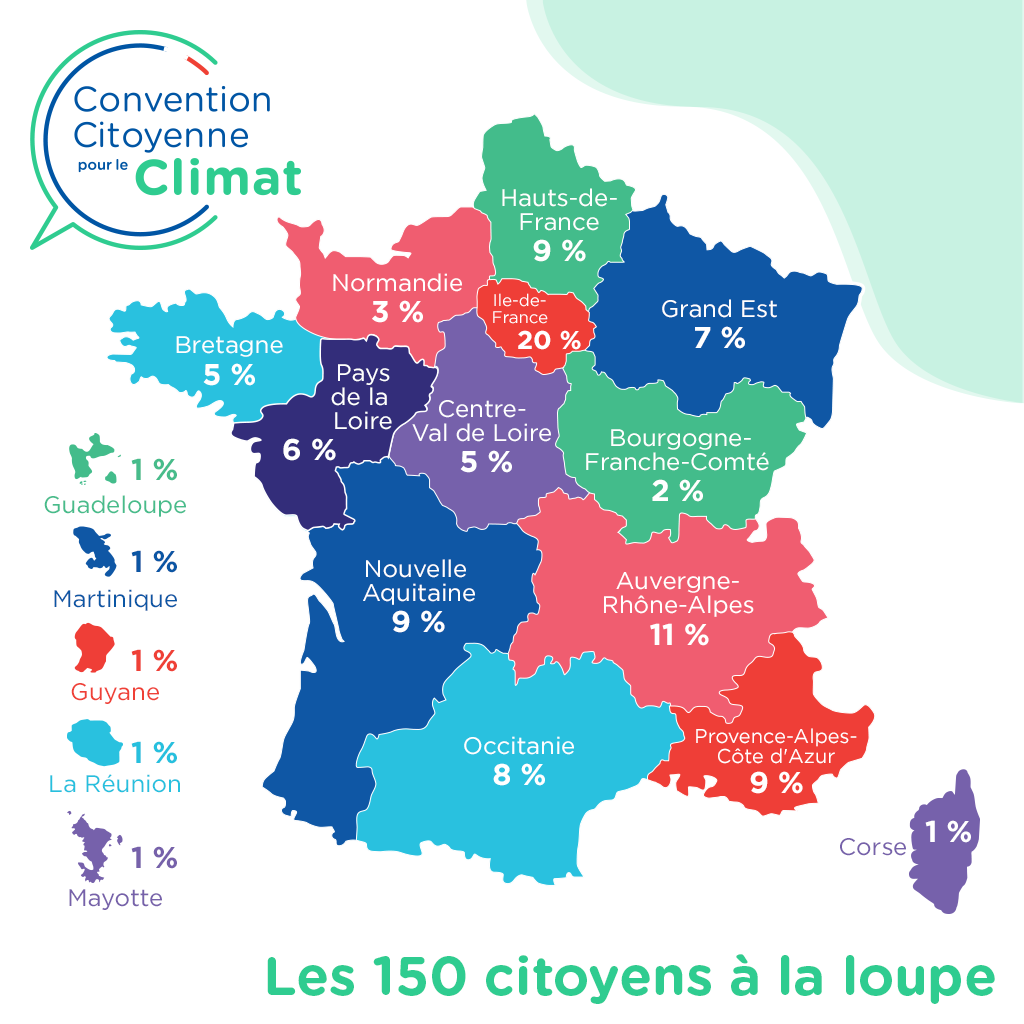 The process has been organized and facilitated by two consultancy agency, Missions Publiques and Res Public Conseil, two platform have been created, an intern one and an external one for participation, and the assembly is helped by a support group of experts and representatives of institutions.

The president suggested that the proposals that would emerge from the assembly could be submitted to referendum and figure in the Constitution, if he allows it and if they are precise and concrete enough. Two other possibilities for the assembly outcomes have been discussed: to submit the proposals to the vote of the parliament or the adoption of regulations.