The development of participatory rural budgeting as a strategy for the adaptation and mitigation of climate change, through the construction of democracy and consultation, which strengthens the relationship between public institutions and the rural population with a shared vision of development based on the needs expressed by the communities.

Since 2001, when the initial process was carried out, the 21 rural parishes of the canton of Cuenca have been reached. Millions of dollars in resources have been delivered, starting with US$ 1.2 million in 2001 and reaching US$ 19.5 million by 2020 due to the success of the programme.

Various mechanisms of parish participation have been developed, such as Parish Assemblies, community meetings, and empty seats, among others. Follow-up processes were generated through transparent policies and accountability mechanisms, including the need to establish a citizen's watchdog to provide information directly to the parish assemblies. The participation processes have achieved the inclusive and intergenerational interest of women and men, youth, adults and the elderly, citizens in general, local businesses, academia and international organizations. Twenty percent of the population has participated directly in the participatory budget process, with 60% of the attendees being women

Participatory budgets have to be articulated with territorial planning. This, in turn, is generated on the basis of rural needs and the search for forms of sustainable development. The project is implemented in conjunction with the communities, their organizations, Parish GADs, academia and other possible stakeholders. It seeks to include visions of different groups that have traditionally been excluded from participation, as well as to seek spaces for gender equality. External knowledge is brought in from local and foreign institutions (including international organizations and NGOs) that strengthen both the parish government and the citizens and their organizations.

Both the Parish GADs and the Cuenca GAD maintain continuous contact with other actors and experiences. They have shared experiences with other regions of Ecuador: Costa, Sierra, Oriente and Galápagos. In the same way, there is a relationship with the Association of Municipalities of Ecuador and with the National Council of Parish Governments of Ecuador, with whom they have shared ordinances, methodologies and have been adapting the experience and methodologies to their territories. Today we can say that 60% of the Parish GADs of Ecuador have been applying PB in their territories and Cuenca's model has been one of the most influential ones in the country.

The political actors who interact in this process are the Mayor, Councillors, President and Vocals of the Parish Boards who have assumed a high degree of co-responsibility. There are specialised technical teams from the Municipal GAD, municipal companies and Parish GADs involved for the efficient and effective execution of the PB process. Citizens participate in "community mingas" in the planning and execution of works and projects. By virtue of the PB ordinance, citizens contribute in labor, materials and participation in at least 10% of the project. Among the important roles of the actors are: political advice and decision making; budget allocation; citizen participation in mingas and in the execution of projects; citizen and institutional follow-up and monitoring. 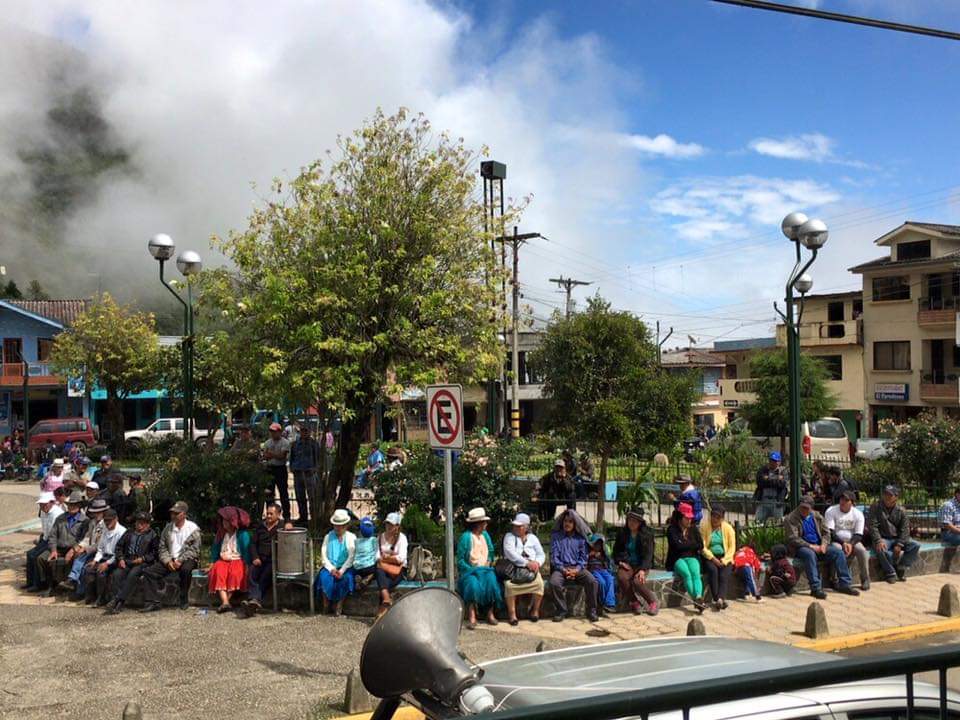 The Municipal GAD of Cuenca and the Rural Parish GADs have several strategies for informing and disseminating to the citizens the works and projects being executed or carried out, through parish newspapers, printed brochures, community meetings, assemblies, social media, local radio spaces, among others.

The project seeks to have rural communities set their own priorities and align them with local, national and international priorities. To this end, resources are received based on a formula that reduces subjectivity and allows for the strengthening of local technical skills. Generating proposals based on a formula promotes a fairer and safer distribution of resources. The resources of this activity are owned by the Municipal GAD of Cuenca and are given to the Parish GADs as an extra seeking for rural development. This generates a more objective distribution with greater benefit for those who need it most.

By innovating—with the increasing importance of combating climate change—new measures have been generated. A large part of the territory of the Canton of Cuenca has a conservation vocation, reaching 75% of the territory due to its natural ecosystem conditions, mainly with a predominance of moorland areas in 36% of the whole canton. It is this condition in which the 21 rural parishes where this experience takes place are basically based. The pilot programme began in 2017 and has been implemented using the current model since 2018. In this regard, it is currently focused on:

Additionally, follow-up and support is provided in the generation of proposals. Knowledge is transferred to the Decentralised Autonomous Parish Governments so that, in the future, they can better develop their projects. A space of accountability is generated, favouring transparency and feedback of the proposals already executed. Thus, the proposals should not only be directed to those who need it most, but also generate their participation and that of the canton in general to verify their correct social control.

Within the same canton of Cuenca, successful processes have been replicated in different parishes, and advice has been provided to other governments and institutions. Therefore, the experience is easily adaptable to the democratic systems which feature these characteristics, among others:

To access complete and current information on the experience, GAD Cuenca can be directly contacted through the Directorate-General for International Relations and Cooperation (DGRIC) for international contacts and the Directorate-General for Participation and Governance for national contacts. The projects, with the amounts disbursed, are detailed  in the Transparency section, together with an explanation of their operation  are available on the municipality's website. Likewise, the catalogue of good practices is being renewed and will be available in the next few months in physical and digital format through the website. Additionally, there are several academic documents on this project made by local universities and international organizations. 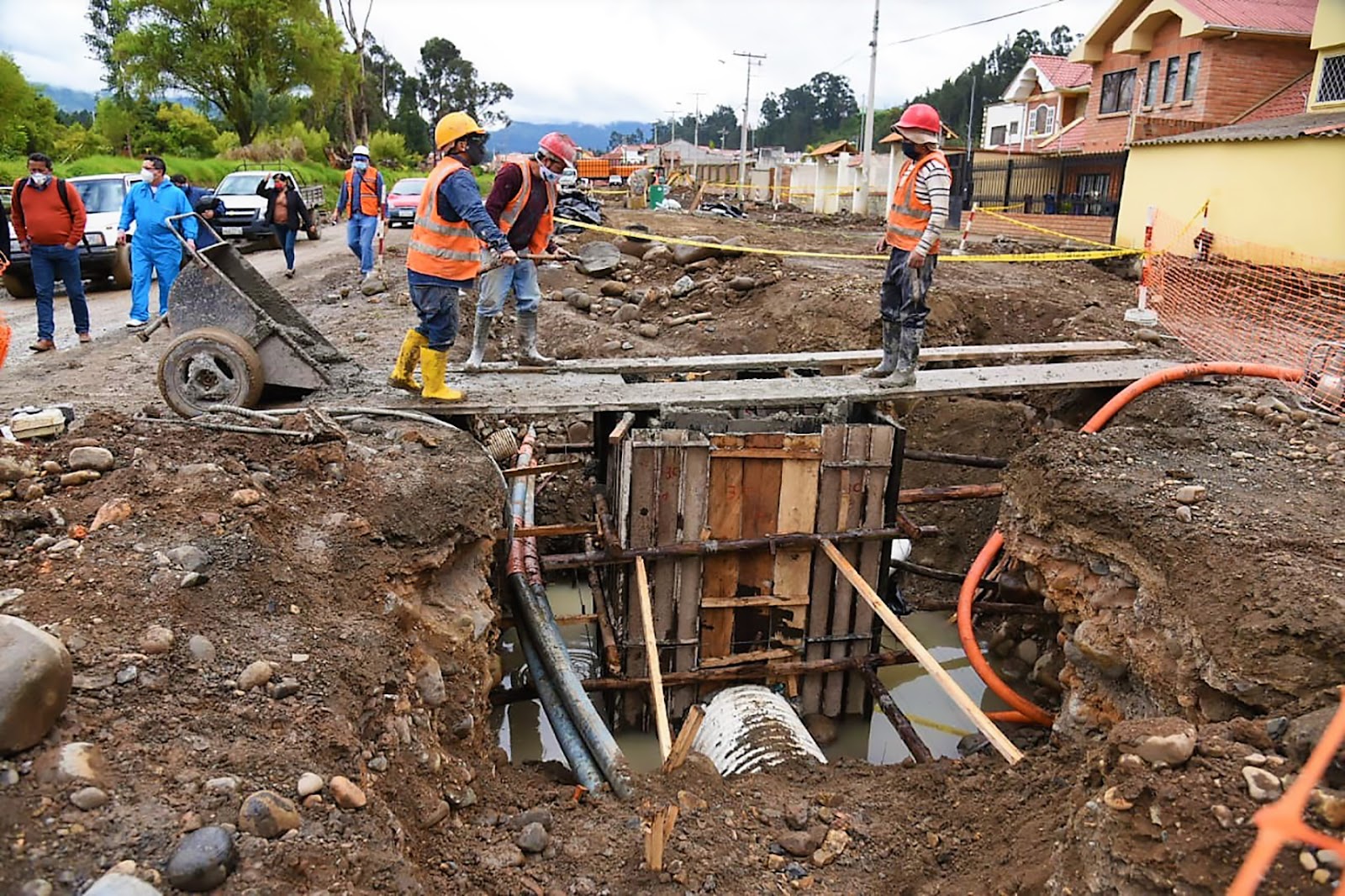 This is a great experience that involves citizens directly in the fight against climate change with the ability to integrate the realities of parish territories and a specific attention to the most vulnerable. No figures on the participation rate of the different groups of citizens, but systematic empowerment of participants.