Good detective campaign in Seoul to find neighbors in need

Together with citizens, the Seoul Metropolitan Government (SMG) finds neighbors in need in a blind spot of the welfare system. The SMG conducts the “Good Detective Campaign” that discovers the welfare blind spots with the help of its 10 million citizens so that the interest of citizens surrounding neighbors that are in need can lead to practical support.

The SMG’s Good Detective campaign was prepared to address the gap in care that has been deteriorated due to COVID-19 and to overcome the crisis across society by supporting socially isolated citizens.

The SMG has appointed about 100,000 honorary welfare officials and about 8,600 neighborhood caregivers so that the members of organizations of residents, community heads, postmen, and owners of convenience stores could report the cases of households in crisis that they have detected while working or in their daily lives. The Good Detective campaign lets every citizen, other than about 110,000 such appointed citizens, ask for public support when they discover neighbors in need.

Located at the heart of the Korean Peninsula, Seoul has always been an important strategic point throughout the centuries in terms of defense and the economy, from one kingdom to the next.

The SMG is operating the Good Detective campaign not only for discovering and supporting households in crisis and improving the welfare system, but also to vitalize the welfare support through the citizens’ participation.

The municipality encourages citizens to actively collaborate in the assistance of the most vulnerable population. The objective is to take advantage of people's network of knowledge and environment. 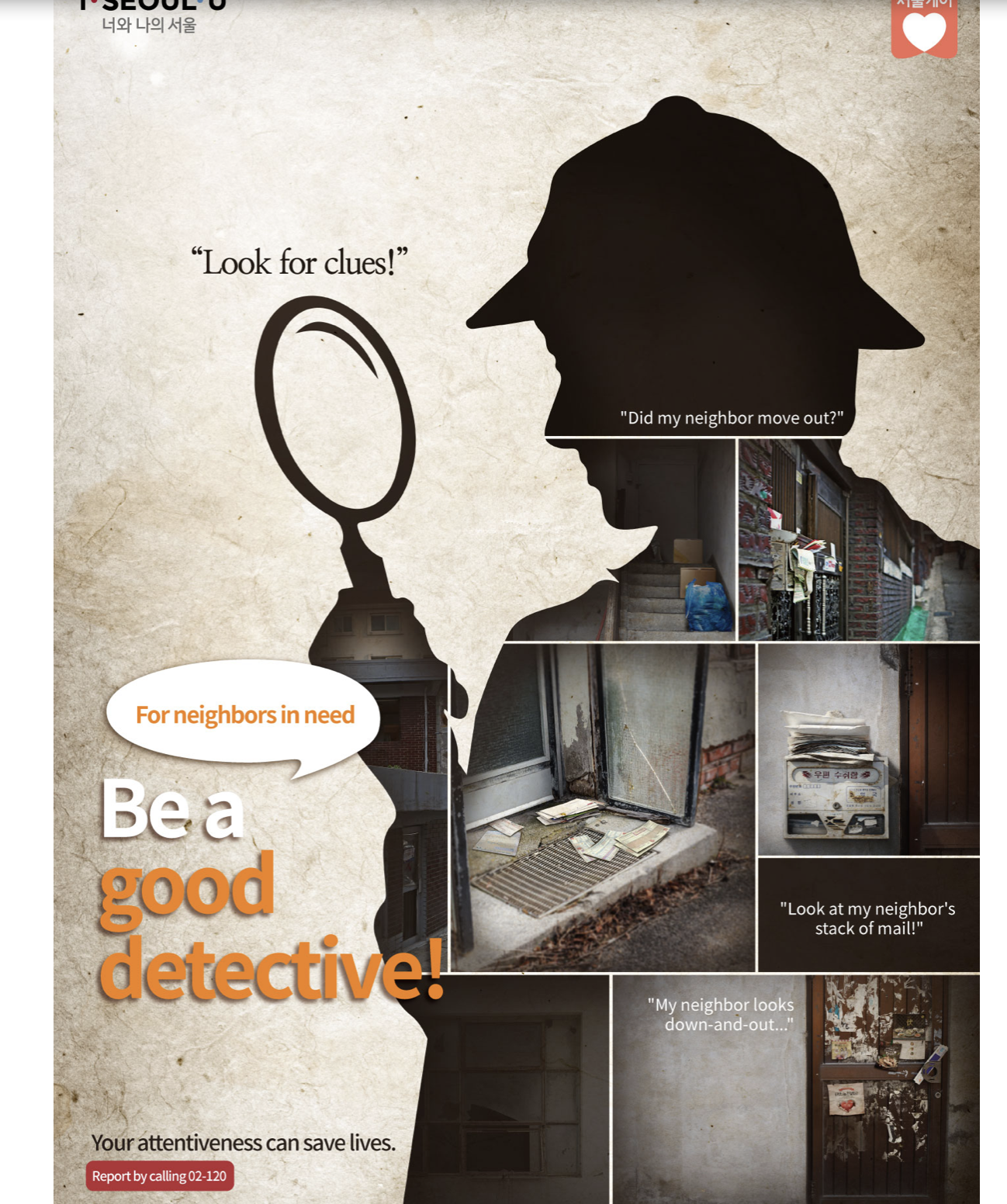