Barcelona organizes the workshop Citizens' Consultations in a Local World: Democracy without Intermediation

Barcelona has organized on the 18th June the workshop "Citizens' consultations in a local world. Democracy without intermediation". The event was held in the Laboratory for Democratic Innovation "Fabra I Coats" and it consisted of three parts, in which the speakers shared their experiences in regard to local citizens' consultations. The activity is part of the preparatory workshops for the IOPD Conference 2018 and Barcelona holds its presidency.

The workshop started with the conference "Direct Democracy – Promises and Challenges" by Céline Colombo, a scientist and political researcher at the University of Zurich. Colombo explained to the public, from an academic perspective, the positive and negative aspects of direct democracy. She also illustrated her speech with the Swiss example, a country that uses since 1848 this democratic tool. Among others, she specified that citizens' initiatives in Switzerland have raised since the 90's, especially in issues related to culture. 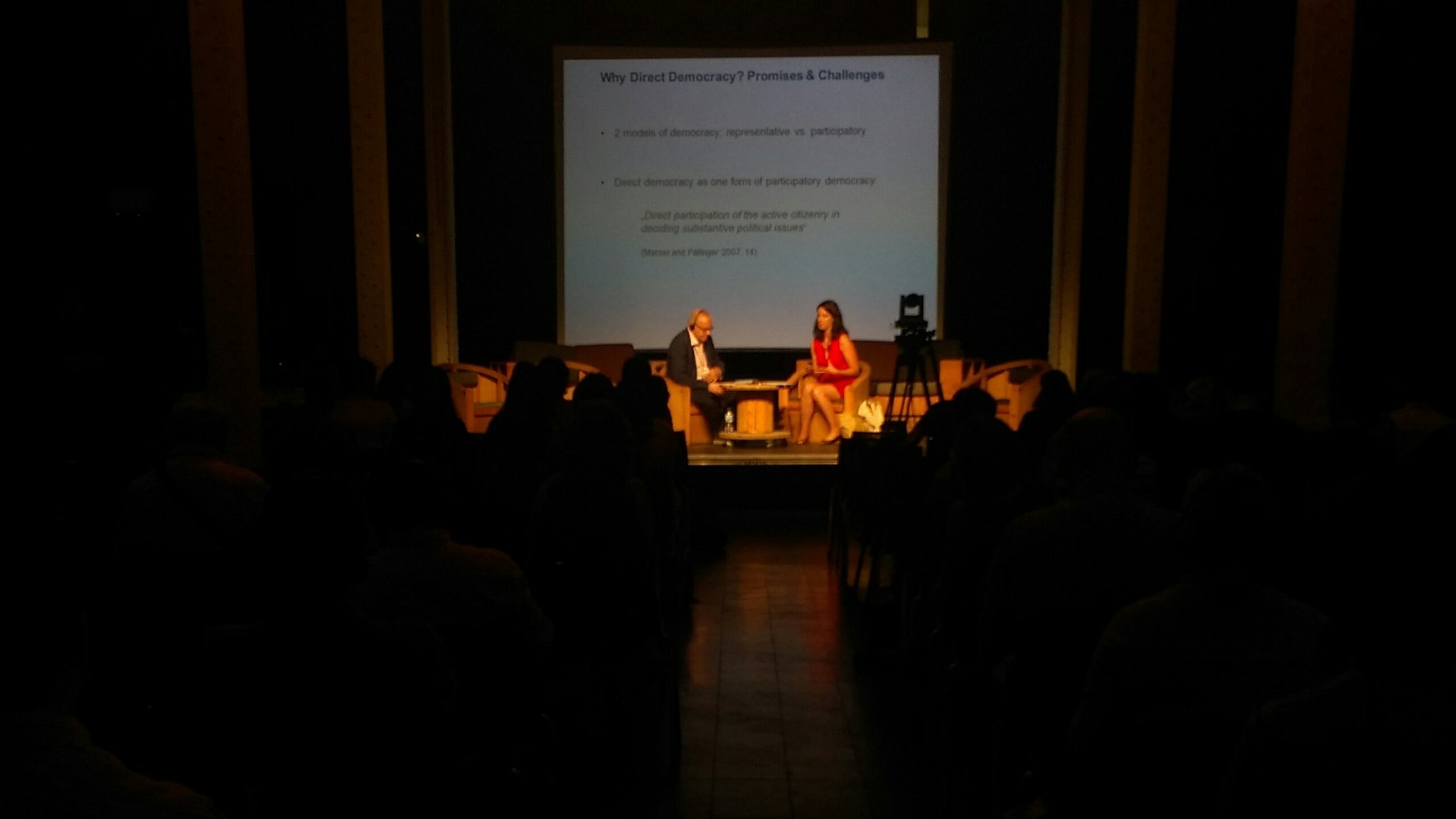 The second part of the workshop hosted a first panel moderated by the journalist Ramon Suñé. It was composed of the former alderman of San Francisco John Avalos; the Local Democracy Director of Grenoble, Pierre-Loic Chambon; the Mayor of Olesa de Montserrat, Pilar Puimedon: the alderman for Citizens Participation, Transparency and an Open Government of the Madrid City Council, Pablo Soto; and the alderman for Participation and Districts of the Barcelona City Council, Gala Pin.

Speakers explained some experiences on citizens' consultations fostered by the local governments of their cities. Avalos was the first person to talk and he explained different citizens' initiatives that San Francisco has fostered in recent years, such as a universal healthcare program. In the same way, Soto explained the changes that the City Council of Madrid has faced lately in the area of participatory democracy. He exemplified it with initiatives such as "Decide Madrid", an online platform of citizens' participation. However, the alderman criticized the limitations that the city met when taking decisions autonomously. A similar situation to the one described by Soto is the one lived in Olesa de Montserrat. Puimedon exposed the numerous hurdles that she met when fostering a popular consultation in her city. Also, Chambon highlighted the difficulties of Grenoble to implement direct democracy initiatives, in his case due to the French legal framework. Lastly, Pin has explained the frustrated attempts of Barcelona to do multi-consultations fostered by citizens' initiatives.

Finally, the third part of the workshop consisted in a new panel, this time moderated by the IOPD General Secretary, Fernando Pindado. The speakers participating in this panel were the member of the initiative Krakow Against Olympics Alicja Beryit; the Colombian biologist Renzo García; the activist of Ecologistes en Acció Quim Pérez; and the doctor and social scientist at the University of Humboldt Ulrike Hamann. In this last part of the session, it was explained how citizens' initiatives were developed by people coming from different parts of the world. Concretely, cases coming from Krakow, Cajamarca, Barcelona and Berlin were exposed, four cities which have fostered consultations through citizens' initiatives with different goals.

At this link you will find some of the tweets written during the workshop. Also, if you couldn't come, you will find here the video of the whole event: