Democracy in decline in more countries than ever before

This year’s Democracy Report is titled “Democracy Facing Global Challenges”. Democratic declines now affect more countries than ever before. Still, most democracies remain resilient despite challenges such as the financial crises and the rampant spread of fake news on social media. Yet, we show that government manipulation of the media, weakening of civil society, the rule of law and even elections is increasing.

There are also some positive stories to report from 2018. Central Asia recorded its first ever peaceful handover of power from one democratically elected leader to another in Kyrgyzstan. In Malaysia, an autocrat surprisingly lost in the elections despite electoral manipulation – showing that even in autocratic settings, elections can be a force for change. Pro-democratic movements have also mobilized masses of people across the globe in 2018 and 2019, for instance in Algeria, Armenia, Slovakia, and Sudan. 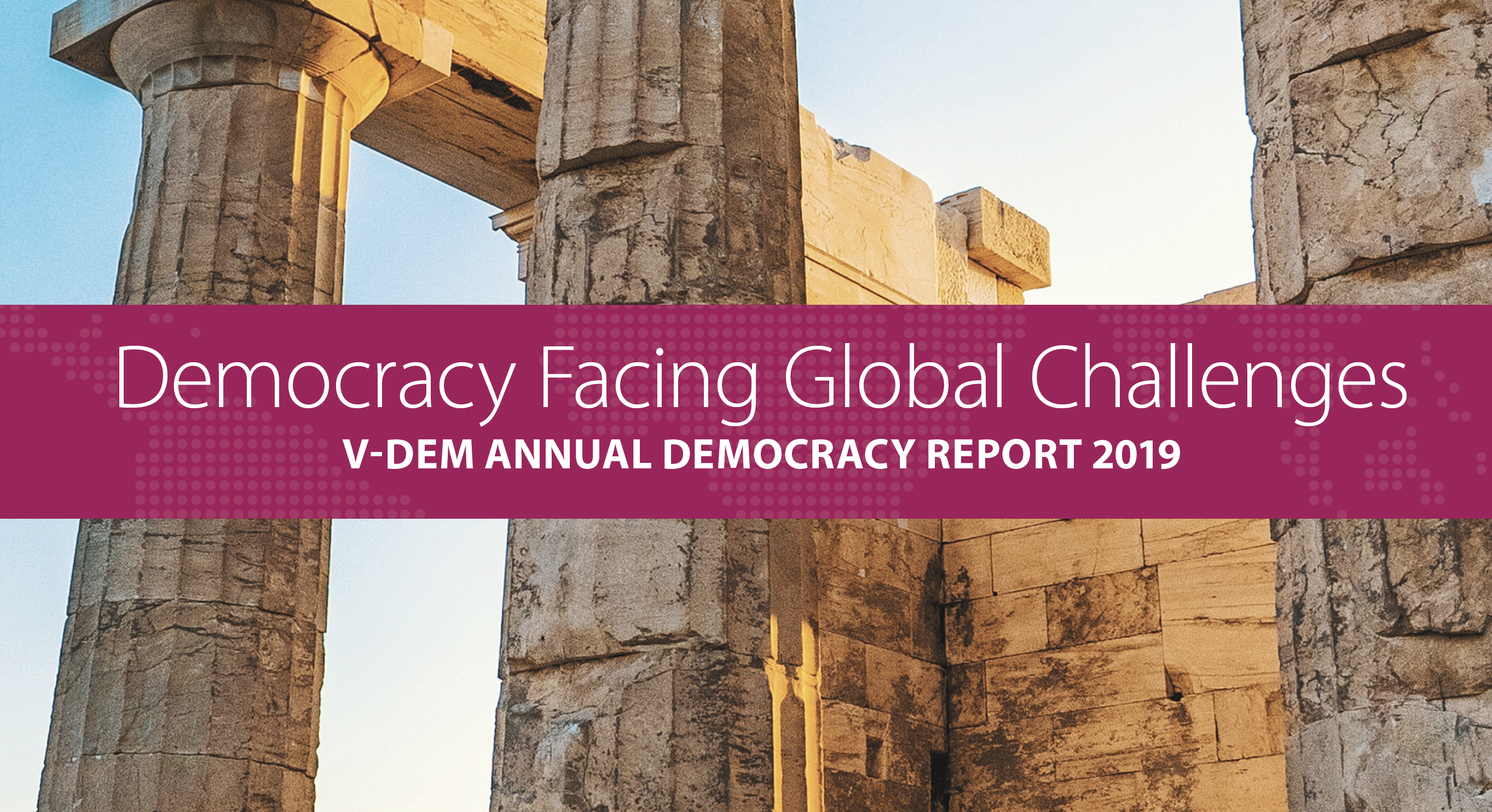