Summary of the activities of December 8, first day of the Conference.

With the presence of about twenty local leaders from various cities around the world, the 19th IOPD Conference was formally initiated. Mexico's Mayor, Claudia Sheinbaum Pardo, presided over the event.

Clara Brugada, Mayor of Iztapalapa 2018-2021 and president of the IOPD 2019 shared some welcoming remarks to representatives of local governments, networks, activists, organizations, academics, and other actors linked to the participatory democracy field.

We are facing a historical situation that implies a profound peaceful transformation of institutions and society, you arrive in Mexico and find, for the first time, the left ruling the country" (Clara Brugada during the opening of the 19th IOPD Conference)

A warm hug to all local governments that are resisting these (recent) setbacks to democracy ... the answer to that has to be more democracy ... now that the ghost of the extreme right and neoliberalism threatens governments, it is necessary to radicalize democracy and defend the right to the city" (Marc Serra during the opening of the 19th IOPD conference)

Then three panels were held with a lecture each in relation to the three axes of the conference. At the first keynote conference Anaclaudia Rossbach, from Cities Alliance, put participatory democracy on the table as an international approach present in global agendas and its landing on local governance. John Ackerman as the moderator open the table to interventions by the panelists: José Manuel Ribeiro, Mayor of Valongo, Portugal; Esperance Mwamikazi Baharanyi, Mayor of the Luhwindja Commune (Democratic Republic of the Congo); and Jai Sen, from the School of International Studies on Development and Globalization. 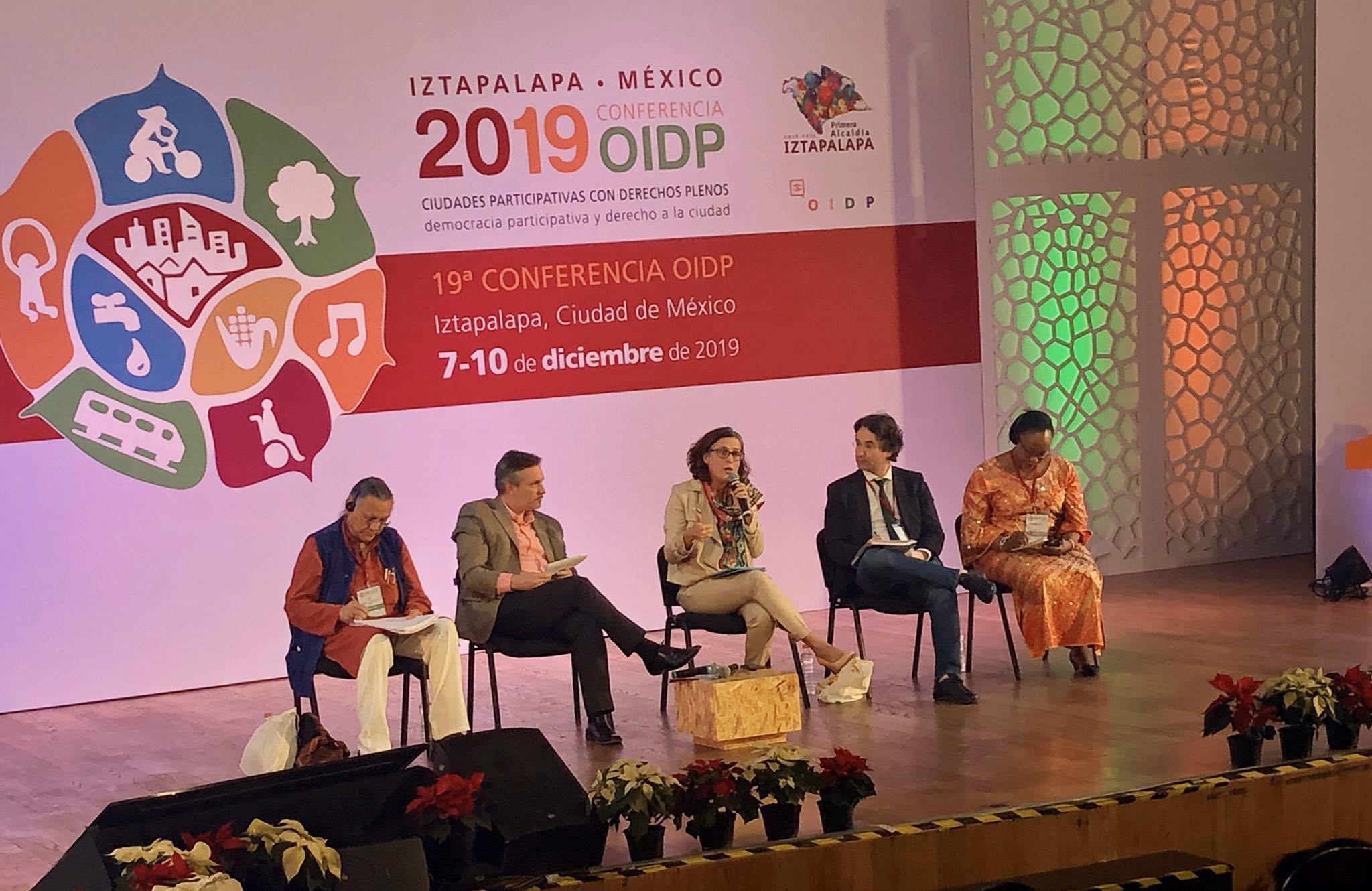 The Professor Yves Cabannes attended to the next session on the theme of "the director of the work and the actors in dispute: who and how to decide the city project?" whose moderator was Professor René Coulomb. The participants in the round table were: Maria Helena Correia Langa, Mayor of Mandlakazi (Mozambique); Marc Serra, General Secretary of the IOPD and Councillor for Citizenship Rights, Participation, Global Justice of Barcelona City Council (Spain); Valeria Procupez, Department of Anthropology, John Hopkins University. 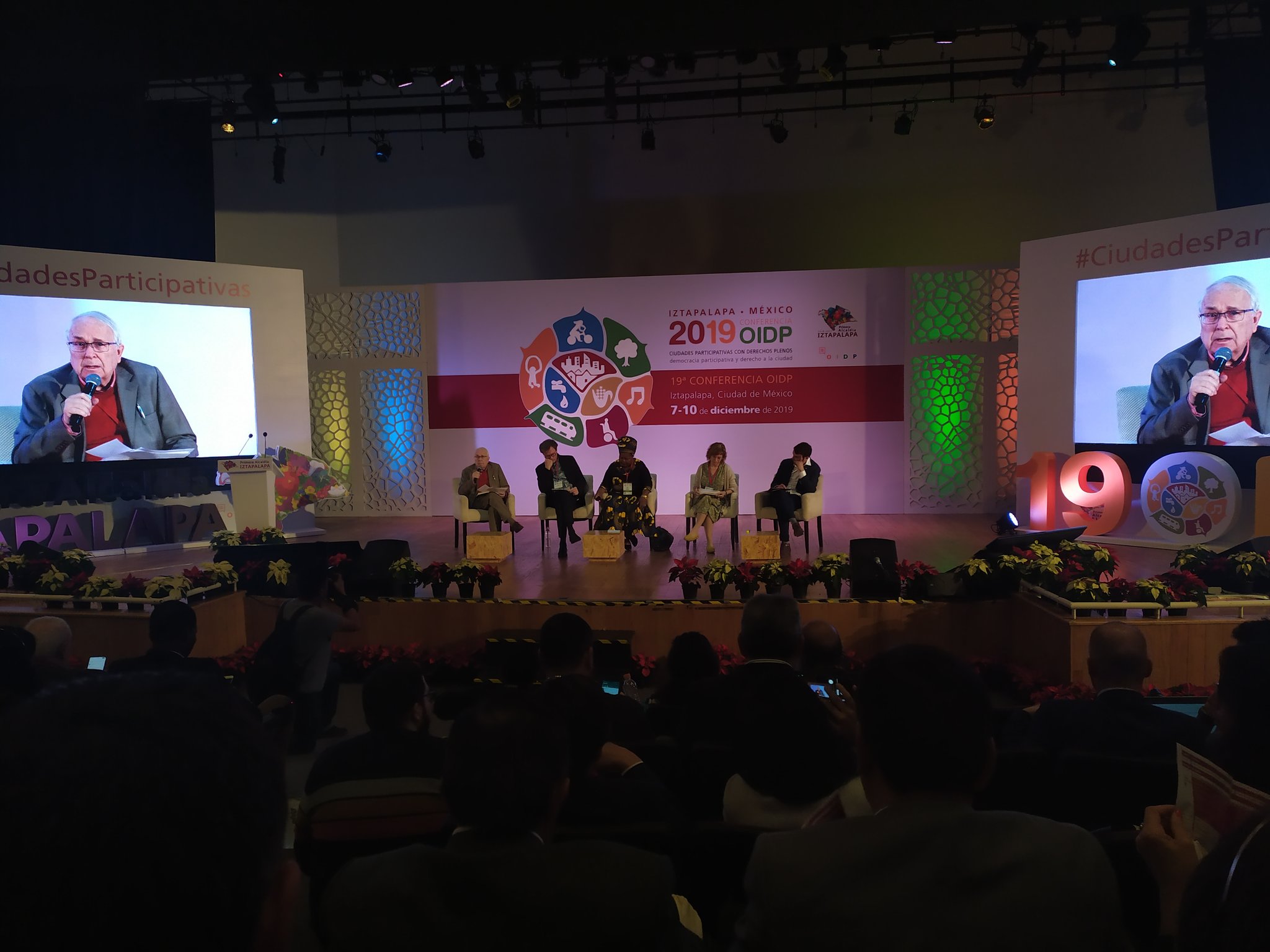 A final plenary session was then held around the following theme: "The plot and outcome. Societies and cities in co-construction: local-global dialogue between social agenda and municipalism, the 2030 Agenda and the new urban agenda".Giovanni Allegretti researcher at the Coimbra University made the main presentation and the panelists were Calisto Moises Cossa, Mayor of Matola City (Mozambique); Pascal Clouaire, Deputy Mayor of Grenoble (France); Pablo Yanes, ECLA Sub-Regional Headquarters (Mexico). The session moderator was Gabriela Sánchez, from the Mora Institute of Mexico.

After the lunch, the parallel sessions of debate and exchange of experience began. We highlight among these, the interesting debate on how to face security challenges from a democratic perspective, the table on the construction of public policies in a gender perspective or the session on participatory budgeting experiences as a mechanism for climate change mitigation. 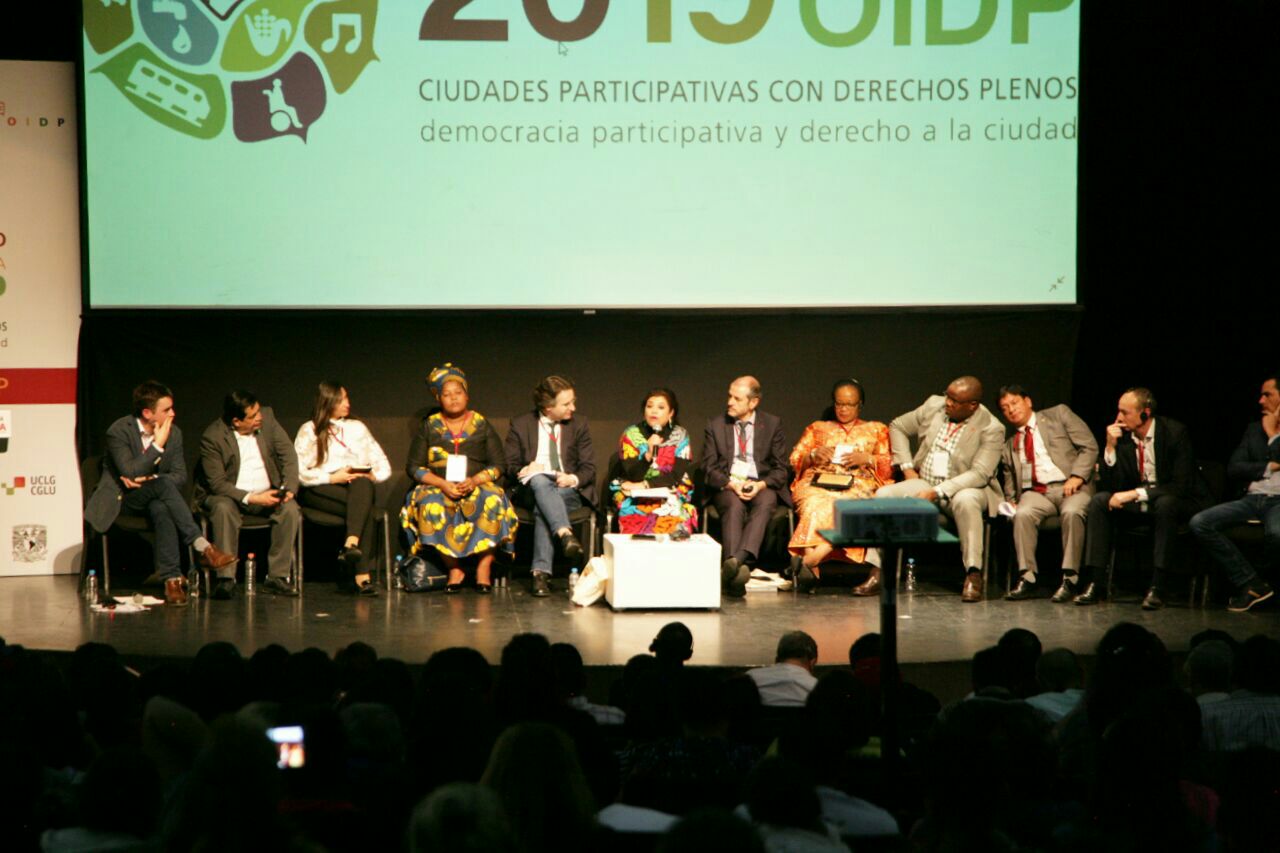 We summarize some of the key ideas that emerged from the presentations and interventions: