The IOPD participates in the 1st World Forum of Intermediary Cities

The city of Chefchaouen has hosted this summit, which aims to give visibility to the importance that cities of between 50.000 and one million inhabitants have in global agendas

The 1st World Forum of Intermediary Cities has been held in Chefchaouen (Morocco) on the 5th, 6th and 7th July 2018. The IOPD has been there represented by different member cities such as Cuenca (Ecuador), Molina de Segura (Spain) and Valongo (Portugal), which have defended the importance of citizens' participation in the definition, implementation and evaluation of city policies. A roundtable and a workshop have specifically treated the citizens' participation in intermediary cities, but the participatory thematic has been transversally treated throughout the event.

Having in mind that Intermediary Cities are each one of them inscribed in their own territories, they offer a unique chance to complete the sustainability agendas through their development. The call made by the Intermediary Cities through this World Forum is to those international institutions that have launched the Global Agendas, to engage in processes and policies that will allow Intermediary Cities to take their responsibilities, through unlocking the unique potential they offer, enabling everyone to take their responsibility towards the future of the planet.

More information about the panel 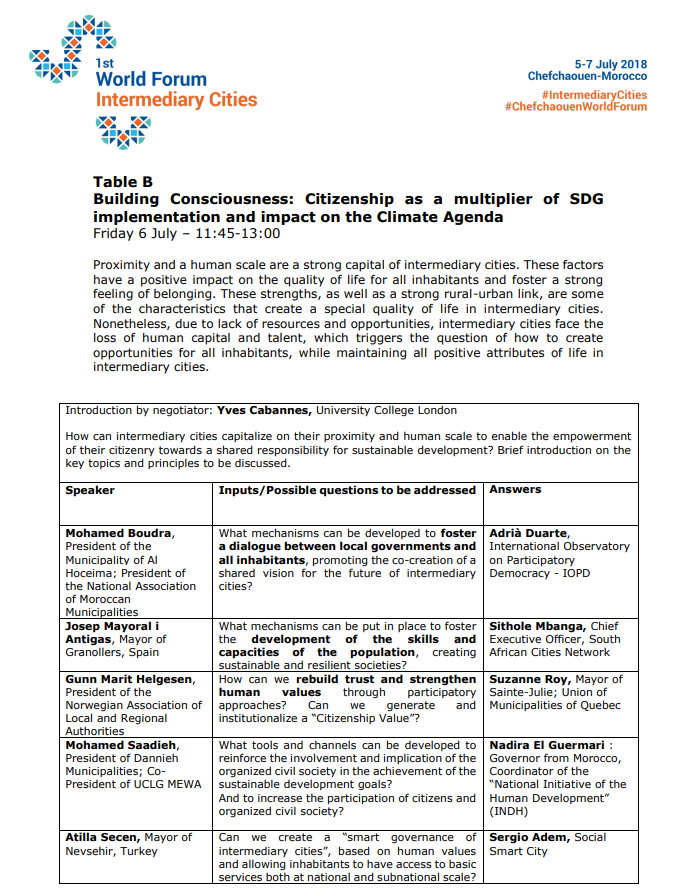 This session was moderated by the professor Yves Cabannes and included the cases of Cuenca (Ecuador), Molina de Segura (Spain), Russia, Valongo (Portugal) and Chefchaouen (Morocco). Speakers explained the implementation of participatory budgeting and how they have impacted in the citizens and surrounding communities.

Yves Cabannes (introduction to the session) 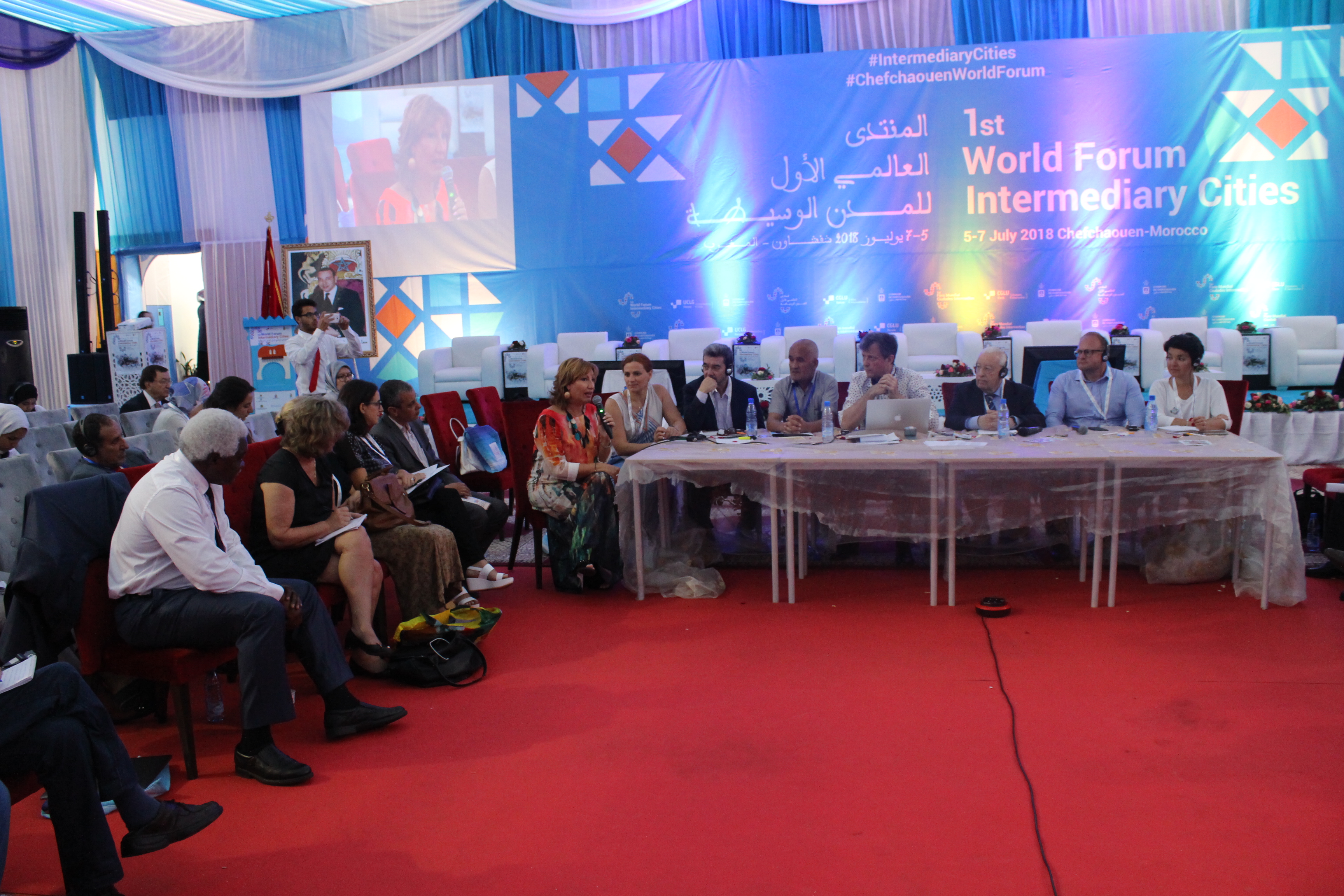 Some of the ideas which arose from the session were:

- The need to define a methodology in the decision making

- Territorial planning for the empowerment of communities

Discover the best moments of the Forum on Twitter and our photo album.