Citizen's Interpellation of the city of Libourne

councils hearigns, forums and assemblies other

The citizen's interpellation gives every inhabitant of Libourne (France) the right to ask a question to the elected members of the municipal council on any subject concerning local life and falling within the municipal competence.

Any inhabitant of Libourne can ask a question to the elected members of the municipal council on any subject concerning local life and falling within the municipal competence.

Libourne is a commune of 25,000 inhabitants in the south-west of France, located in the Gironde department of which it is one of the sub-prefectures, in the Nouvelle-Aquitaine region.

Libourne is a sub-metropolitan municipality of Bordeaux, and in 2015 it adopted an urban project, "Libourne 2025-La Confluente", to support its development in a coordinated manner.

In September 2020, for the first time, the Libourne City Council experimented with the right of citizens to question elected officials. This right, granted to citizens, is part of the municipality's desire to put forward each inhabitant as a player in their city. The aim is to ensure that everyone can develop an active citizenship, in the service of the general interest.

Through this right of interpellation, the Municipal Council undertakes to take a position on the questions raised by the people of Libourne, and according to the debate that follows, to follow up on the citizens' proposals in order to put them into practice. 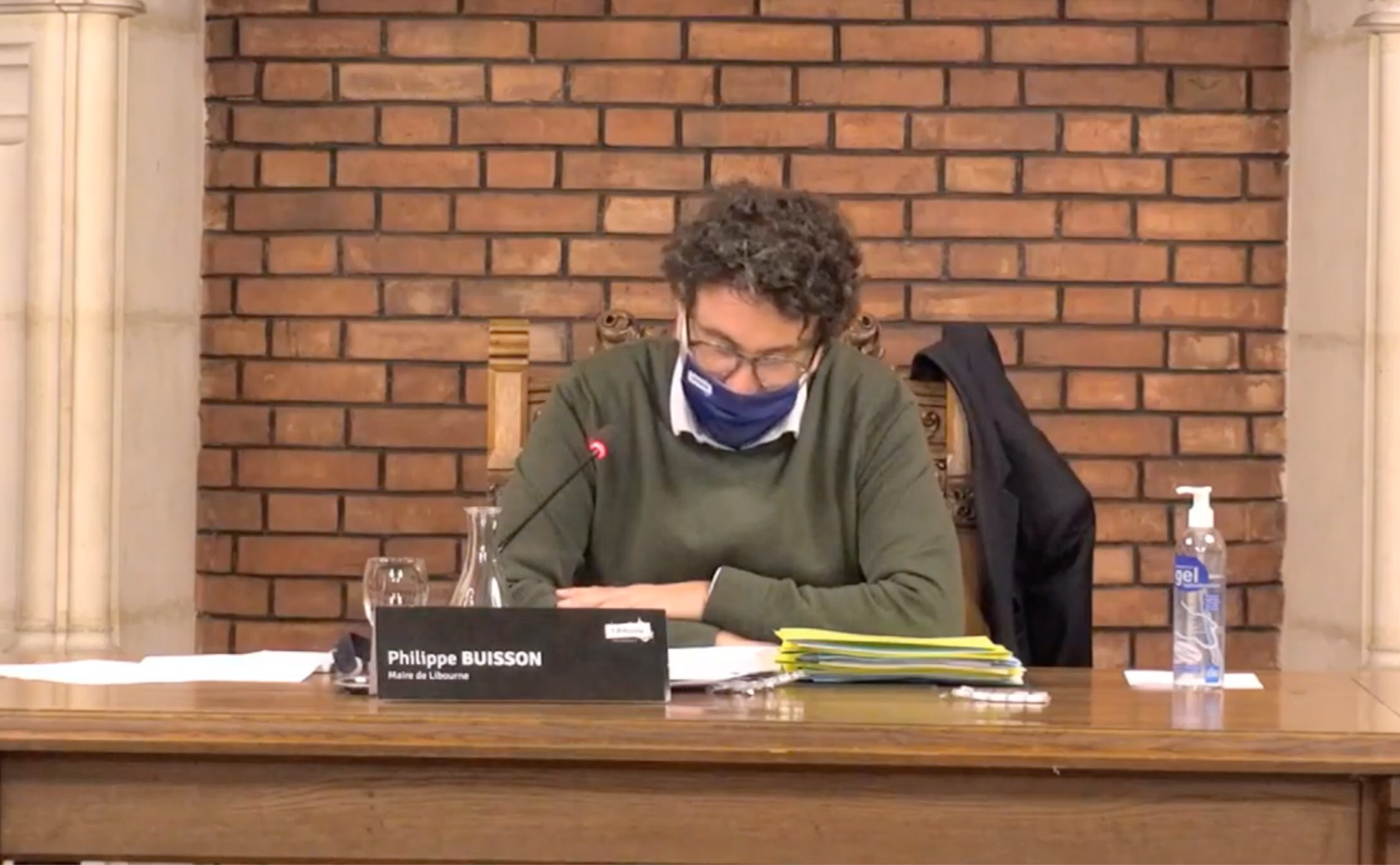 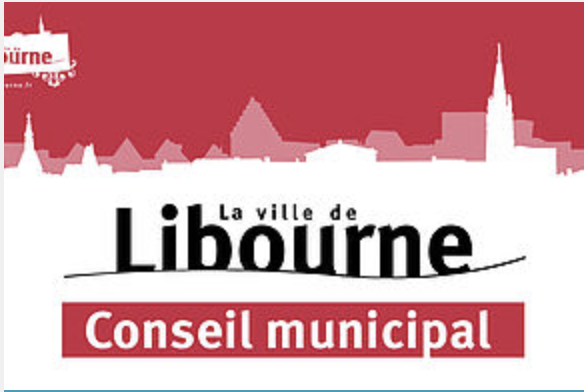 After each municipal council, 30 minutes are devoted (with the exception of budgetary councils and exceptional councils) to the questioning of citizens according to a very precise procedure:

Conditions for accepting the question asked:

1. The subject of the question asked must fall within the competence of the municipality, be of general interest, and not in any way be of a nominative, discriminatory or insulting nature.

2. No question relating to an item on the agenda of a municipal council during the current term of office or relating to a question that has been finally settled may be examined.

3. No interpellation may be formulated from the first day of the year preceding the renewal of the Municipal Council. 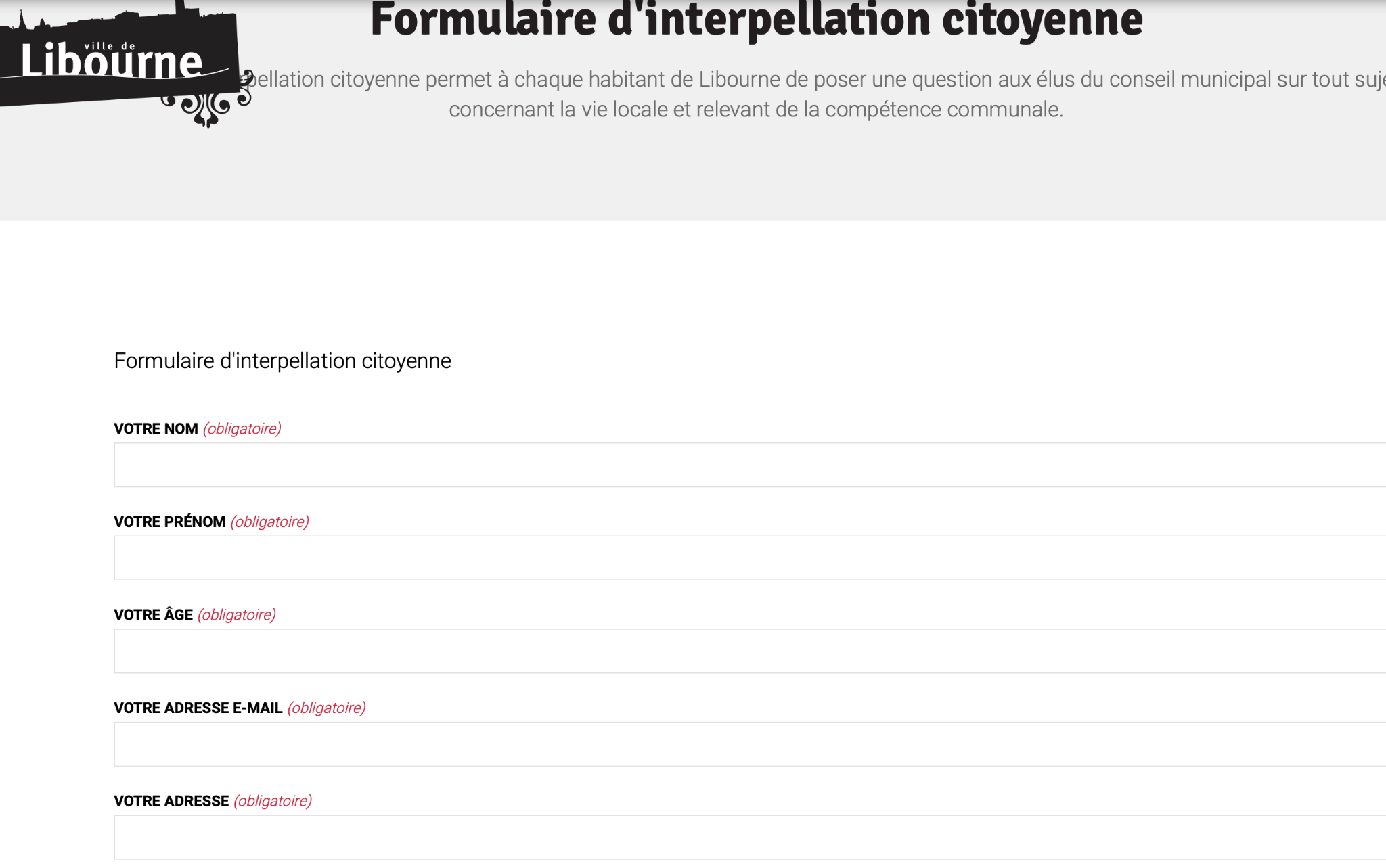 The question appears on the Citizen's Interpellation site 1 to 2 working days after the date of sending the form. It is dated on the day it was sent.

The selection of questions asked at the municipal council is made according to the chronological order in which they are sent. However, in the event of exceptional events or situations, the questions relating to them are given priority.

No interpellation may be tabled in the five clear days preceding a council municipal meeting.

Questions from the people of Libourne