BA Climate Change was a participatory process that set out to design an innovative and responsive climate change platform for government, academia, civil society organisations and neighbours to collaborate on climate action.

Meetings were held with more than 30 areas of government:

In these spaces, participants were consulted on which information they needed to know about climate change in the city and the formats. Their contributions allowed the design of a site that combines openness of public environmental information, accountability of government actions and civic activation.

Once the site was developed, several validation meetings were held with the different actors in order to verify the fulfilment of the requirements previously requested and the consequent usefulness of the platform; essential for decision-making both within the Government of the City of Buenos Aires and outside.

The process was carried out in coordination with actors that already accompany the City of Buenos Aires in the generation of environmental public policies:

All these actors have provided essential information for the development of a useful platform for decision-making within the government and useful for all of them, the users of all this content.

Multiple meetings have been held with the private sector, academia and civil society organisations to assess the quality of the information provided and requested by them.

The response from the various actors was extremely positive. Organisations such as Facebook, Cabify, FARN, Seamos Bosques, Change.org, the University of Buenos Aires, the Catholic University of Argentina, the Argentine Business University and others expressed their approval of the contents finally included and proposed further collaboration and co-creation of environmental public policies.  In the case of the private sector, the benefit of the platform for the realisation of their own emission reduction plans was highlighted.

At the same time, the platform has been presented to decision-makers of the Government of the City of Buenos Aires, corroborating that the content is useful for the elaboration of environmental public policies and accountability by areas such as the Cabinet of Ministers, the Secretariat of Environment, the Secretariat of Transport and Public Works, the Ministry of Public Space and Urban Hygiene, among others.  On the other hand, in more technical terms, the use and usefulness of the platform was evaluated through the number of unique visits to the site and the number of downloads of open environmental datasets made visible through the platform.

In the formulation and design of BA Climate Change, they sought to create a platform that would combine the opening of public environmental information, accountability of government actions and civic activation in order to:

Based on this and on the participatory background in the field of climate change, it was decided to design the BA Climate Change platform through co-creation and consensus-building processes with strategic actors involved or interested in the subject. 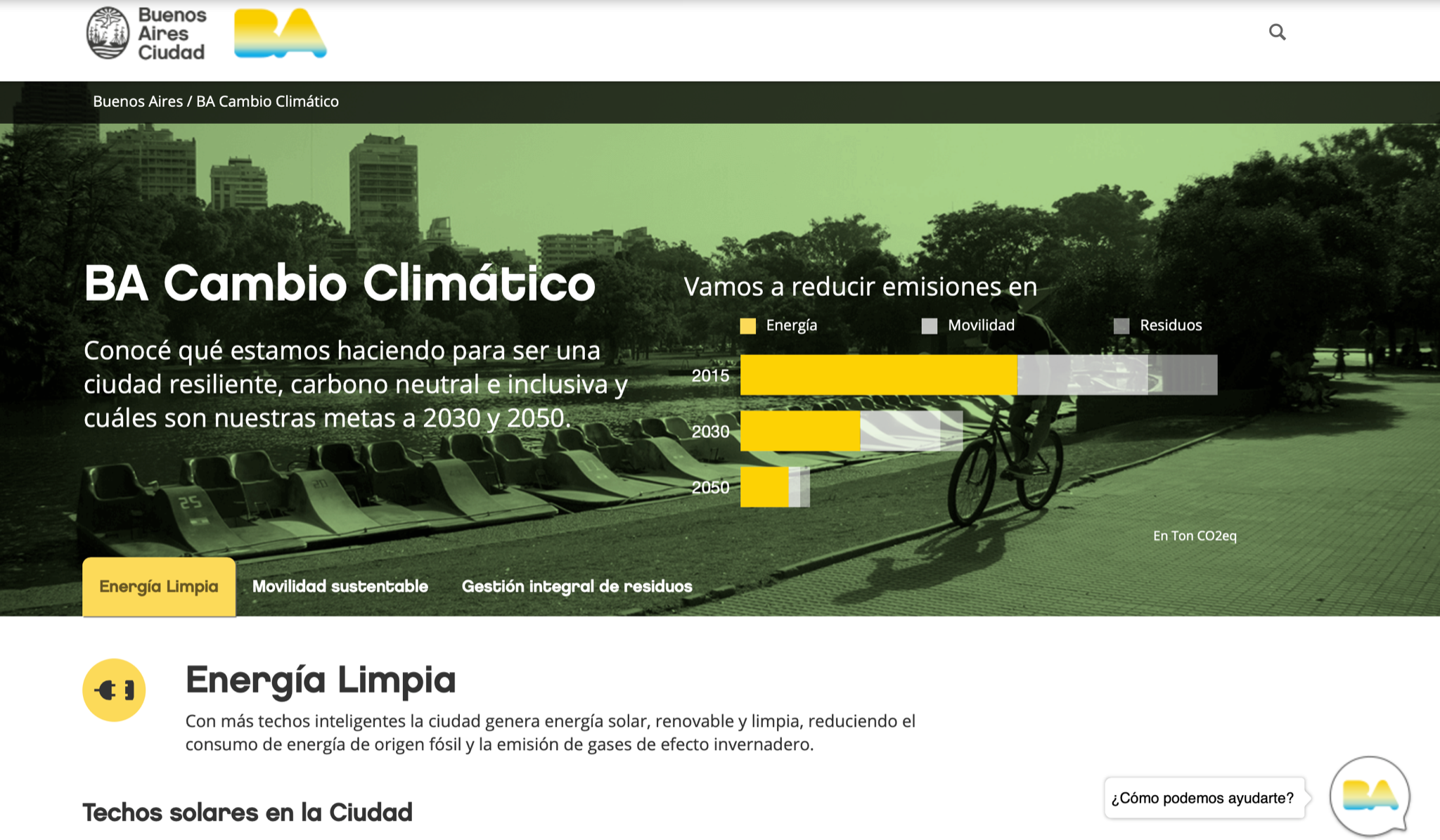 The platform combines open environmental information and civic activation. In a single site, it provides more than 30 open datasets that can be downloaded and used to generate new studies and undertakings, interactive visualisations and proposals for participation, collaboration and cooperation to achieve together a resilient, carbon neutral and inclusive city.

Through the co-creation process, an innovative and useful tool was obtained for decision making by government, neighbours, academia, civil society organisations and the private sector.

It included information on: 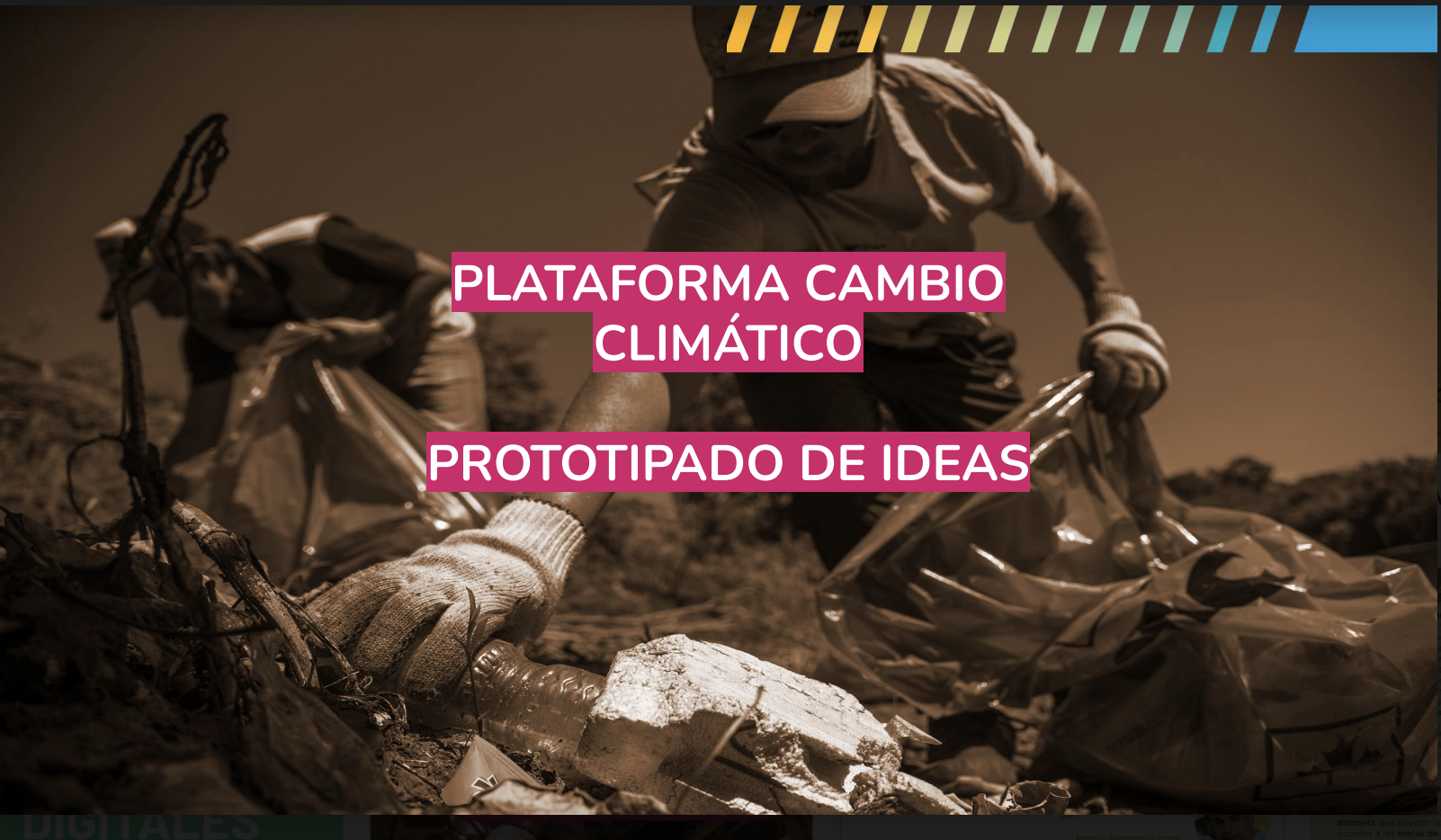 This information was valued both by internal users, who needed a single site that reflected the comprehensiveness of the climate change strategy for better decision-making, and by external users. Through meetings, the different actors have expressed interest in using sections such as "Inventory GEI" and "Present and Future Climate" in their courses, and companies such as Cabify and Facebook have made themselves available to generate collaborative actions that allow us to achieve the goals proposed in the CAP 2050. The site has also been recognised by the Environmental Economic Observatory of the University of Buenos Aires.

The creation of the BA Climate Change platform had several innovative aspects.

The co-creation process was designed through the PMBOK project management methodology: a methodology that allows the development of activities, an estimated budget, but also a list of possible risks and options for their prevention/mitigation.  In this way, it was easy to adapt to the budget cuts implied by the COVID-19 pandemic, as an option A and B was considered both for the development of the participatory process and for the design and development of the BA Climate Change platform. The experience can equally well be replicated with minimal resources.

Of course, isolation by COVID-19 could not be foreseen. However, proper planning has allowed us to have time to evaluate alternatives to face-to-face meetings, thus achieving the same or even better results, since virtuality allowed us to reach more people, who for various reasons would not have been able to approach us.

Furthermore, the creation of the BA Climate Change platform is fully replicable in other contexts. In fact, the creators are working with cities such as Mendoza and Olavarría to replicate it.  The cities could draw up a list of experts and stakeholders interested in the issue, replicate the questionnaires and instances of participation and develop a similar site that, to a large extent, has been developed in open source.

The experience of collaborative data collection could even be replicated, in collaboration with UNDP, which provided the sensors used.

The stages of the project

Heads of more than 30 government areas provided feedback on the needs of the team, and relevant information for the design of a single platform reflecting the City's comprehensive climate change strategy. 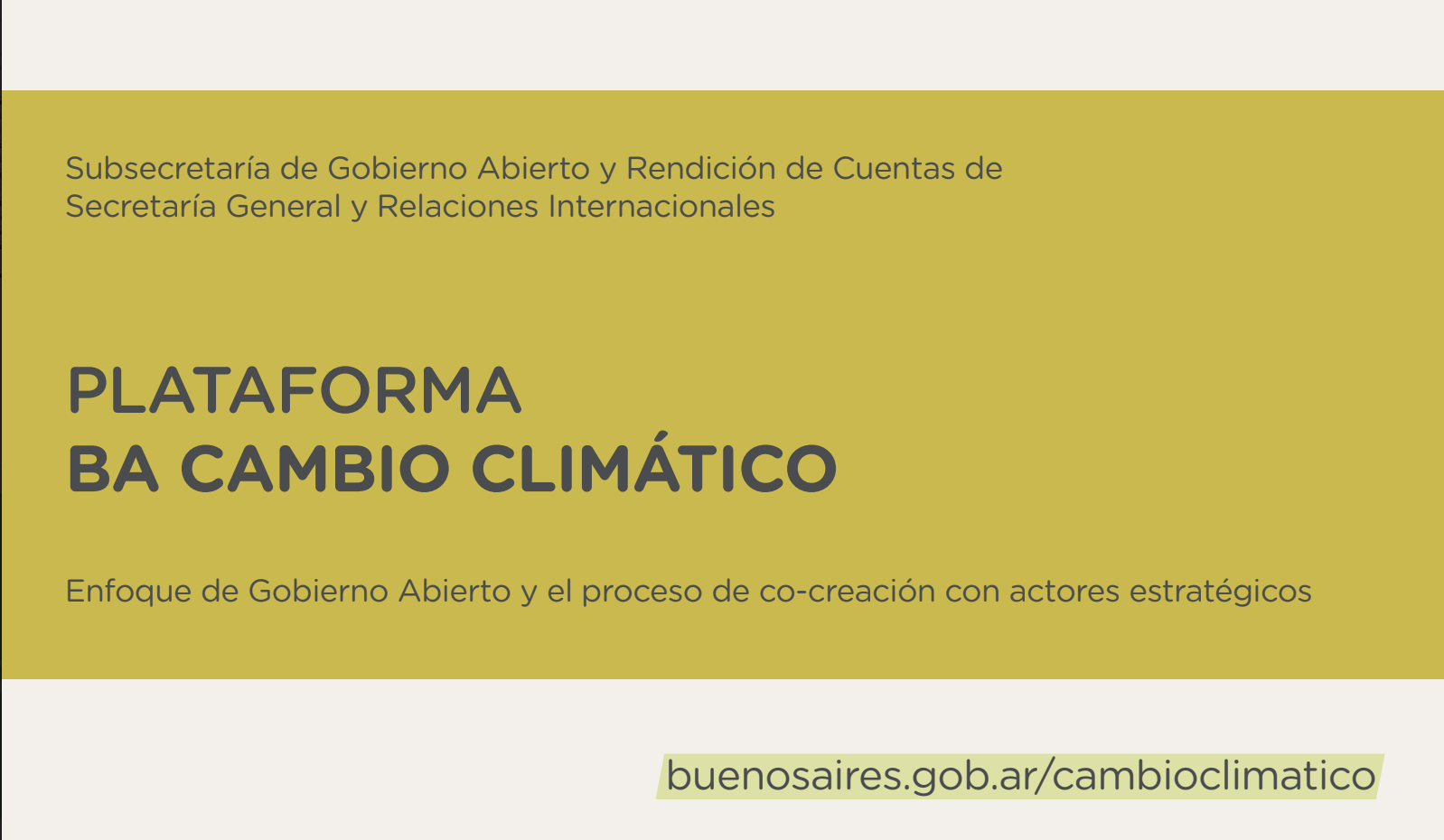